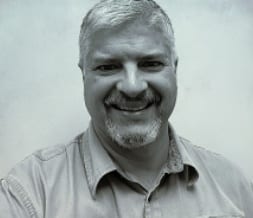 Eric Spencer is a Content Developer at the Warrior’s Journey and is a retired Marine Corps and US Army veteran. His experiences as a Marine and Army officer and his two deployments to Iraq and Afghanistan make him a valuable team member and speaker. Eric deployed with 2nd Tank BN USMC in the first Gulf War and then in 2006 as a ETT, Embedded Training Team Member with 41st BCT.  After 15 years enlisted and 10 years commissioned he retired In 2016 as an Army Major.   After his retirement from the military he and his family served overseas in Congo, Central Africa as a missionaries.

Eric and his Wife Amy now reside in Springfield and have three children. Their oldest daughter, Madison, works as a nurse at Cox Hospital. Their son, Jordan, is currently training as an airborne linguist and cryptologist with the ASAF. Autumn, their youngest daughter, is a student in high school.