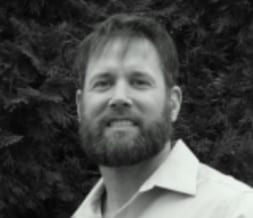 Brian McCroskey, former Army Ranger, is an engaging speaker whose story captivates audiences from beginning to end. The highly successful book and movie “Blackhawk Down” is based on a Special Operation Unit’s Mission to capture a warlord in Mogadishu, Somalia.  However, after two Blackhawk helicopters were shot down by the enemy, the mission became a combat search and rescue operation. Brian was apart of a team of Rangers tasked to move to the crash site to recover fallen comrades. The aftermath of the eighteen hour fire- fight was nineteen servicemen lost their lives and eighty were wounded. The battle was considered one of the most intense fire fights in the history of urban warfare.

Throughout his career Brian has attended numerous professional military schools and has received many awards and commendations. Some of his awards include the Ranger Tab, Combat Infantryman’s Badge, and Senior Parachutists Wings. Brian is a recipient of the Bronze Star and Purple Heart.

Drawn from his experiences in combat and leadership in Corp America, Brian’s presentation stresses the importance of his Faith, Leadership, and Endeavoring to live by a Creed. His message is a tribute to the Rangers that gave it all for the Ranger Creed: “Never Leave a Fallen Comrade”. Brian talks of the importance of having a Creed/Mission. He feels he was blessed to serve along side such great warriors and to have learned leadership from the best examples. “Leadership comes natural when you love your men more than yourself or your own interest” says Brian, “At the same time we must communicate/understand the Mission, Lead by Example on the Mission, and ensure our people buy into/prepare for the Mission”.

After, Mogadishu, Brian was temporary separated from the service to recover from a gunshot wound he sustained during the battle.  Brian later graduated from college, Reserve Officer Training, and rejoined the Army as a commissioned officer.  Brian served as an Infantry and Recon Platoon Leader for the 82nd Airborne Division. Then, once again, he volunteered for the Rangers. On October 19, 2001 his Ranger platoon deployed to Afghanistan in support of Operation Enduring Freedom. Brian then served as a ranger instructor. After serving our military for 8 years, he left the Army in 2004 to lead in Corp America.

Brian is also the president/founder of Ranging Remote Himalayans that has a focus of getting veterans involved in missions.  Brian also uses his experience to help people in the remote villages of the Himalayans. His other passion is raising awareness to the sacrifices our troops pay for our freedom. He and his wife Jodi have one son: Seth.