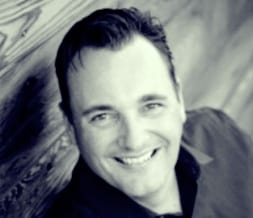 Ryan enlisted in the United States Navy at the age of 17, and served more than 16 years as a Hospital Corpsman, deploying during Operation Iraqi Freedom twice, first in 2003 and then again in 2004-05. He previously served in Somalia during Operation Restore Hope in 1992 and 1993. In January of 1996 when in the quiet of his living room one evening, Jesus Christ became his personal Lord and Savior through, of all things, the Jesus video project. Having a wide range of ministry experiences that spans 20 years and four continents, he now takes the Gospel to any who will hear the message, both on the military battlefield where comparatively few find themselves, and on the spiritual battlefield where all believers find themselves daily. He deployed twice more, once in 2003 to Kuwait and once again in 204 to the heart of the sunni triangle in Ramadi. It was during this time in Ramadi that he began to write his first book, Reflections from the Battlefield.

Ryan holds a Bachelor’s of Theology from Global University of the Assemblies of God and a Master’s of Divinity from Azusa Pacific University. He has since spoken at dozens of churches around the nation.