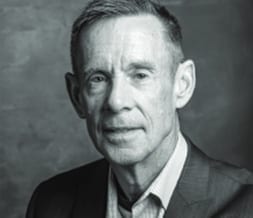 Scott McChrystal entered active duty in 1970 as a 2Lt in the infantry. He served 31 years on active duty, 10 as an infantry officer and the remainder as an Army chaplain. His line officer experience included a tour in Viet Nam as an Infantry Platoon Leader and 3 assignments with the 82nd Airborne Division at Fort Bragg, As an Army chaplain, he had multiple tours at home and abroad. His final assignment was serving as the Senior Chaplain at the United States Military Academy at West point, NY.  He retired from active duty in 2005. He currently serves as The Warrior’s Journey Military Liaison.

His decorations and awards include the Distinguished Service Award, the Bronze Star, the Combat Infantryman’s Badge, the Master Parachutist Badge, and the Army Ranger Tab. In recent years, he has authored several Christian devotionals, co-authored a Christian action-novel, and served as the Managing Editor for the The Warrior’s Bible, an application bible for the military community. Chaplain McChrystal and his wife, Judy, live in Springfield, Missouri, and have 4 children and 9 grandchildren.