1 Samuel and the Original Mean Girl

Valley View. Photo by The U.S. Army is licensed under CC By 2.0

There was a certain man of Ramathaim-zophim of the hill country of Ephraim whose name was Elkanah.… He had two wives. The name of the one was Hannah, and the name of the other, Peninnah. And Peninnah had children, but Hannah had no children. Now this man used to go up year by year from his city to worship and to sacrifice to the Lord of hosts at Shiloh … On the day when Elkanah sacrificed, he would give portions to Peninnah his wife and to all her sons and daughters. But to Hannah he gave a double portion, because he loved her, though the Lord had closed her womb. And her rival used to provoke her grievously to irritate her, because the Lord had closed her womb. So it went on year by year. As often as she went up to the house of the Lord, she used to provoke her. (1 Samuel 1:1–7a)

“Mean girl” is a pop culture term for bully. She is the girl who taunts and criticizes you, and may be nice to your face but vicious behind your back. You may think of encountering a mean girl only in junior high or high school, but mean girls emerge in every age bracket, every social status, in person and now online—and even in military spouse circles. A husband’s rank, a spouse’s involvement in the military community, child-rearing methods—all get their fair share of comments.1 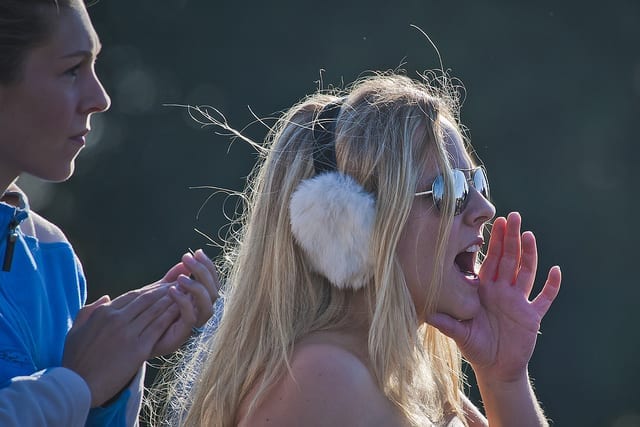 In her book Queen Bee Moms and Kingpin Dads, Rosaline Wiseman attributes the motivation of mean girls to the desire to belong. Wiseman writes, “I realized I had underestimated how powerfully parents’ social hierarchies influence how they guide their children’s lives. We don’t leave cliques and peer pressure behind when we grow up or when we become parents; we just graduate to a new level with adults playing the roles.”2

In the first chapter of 1 Samuel, we encounter one of the original  mean girls. Peninnah was one of Elkanah’s two wives. Remember, polygamy was a common practice in ancient Near Eastern culture, a culture that also measured a woman’s worth by her ability to have children. As mean girls will, Peninnah took every opportunity to make Hannah, Elkanah’s other wife, feel less-than. Peninnah used her children to elevate her own sense of superiority and lock Hannah out of the ‘mommy clique.’

I humbly confess I have had my share of mean-girl moments. I have boasted about my child when someone else was struggling with hers. With self-righteousness, I have shared how my parenting tactic succeeded when someone else floundered. I did not set out to be unkind, and I prettied up my statements with spiritual words. On reflection, I am sure my mean-girl moments came from a place of insecurity and pride. I make excuses for my wrong behavior: hormones, personality differences, or having a bad day, but I have no valid excuse for what amounts to being a bully.

Sister, let’s be on each other’s team. Let’s help each other be better wives, better moms, better women. Let’s live the words of Ephesians 4:32: “Be kind to one another, tenderhearted, forgiving one another, as God in Christ forgave you.”

Lord, today may the teaching of kindness be on my tongue and in my actions. Amen.