A Plan for Rest - The Warrior's Journey®
Skip to content

A Plan for Rest

Man's best friend and Marine. Photo by Marines is licensed under CC By 2.0

Rest is an important and vital activity to God. Even he rested!

And the LORD said to Moses, “How long will you refuse to keep my commandments and my laws? See! The LORD has given you the Sabbath; therefore on the sixth day he gives you bread for two days. Remain each of you in his place; let no one go out of his place on the seventh day. So the people rested on the seventh day. (Exodus 16:28–30) 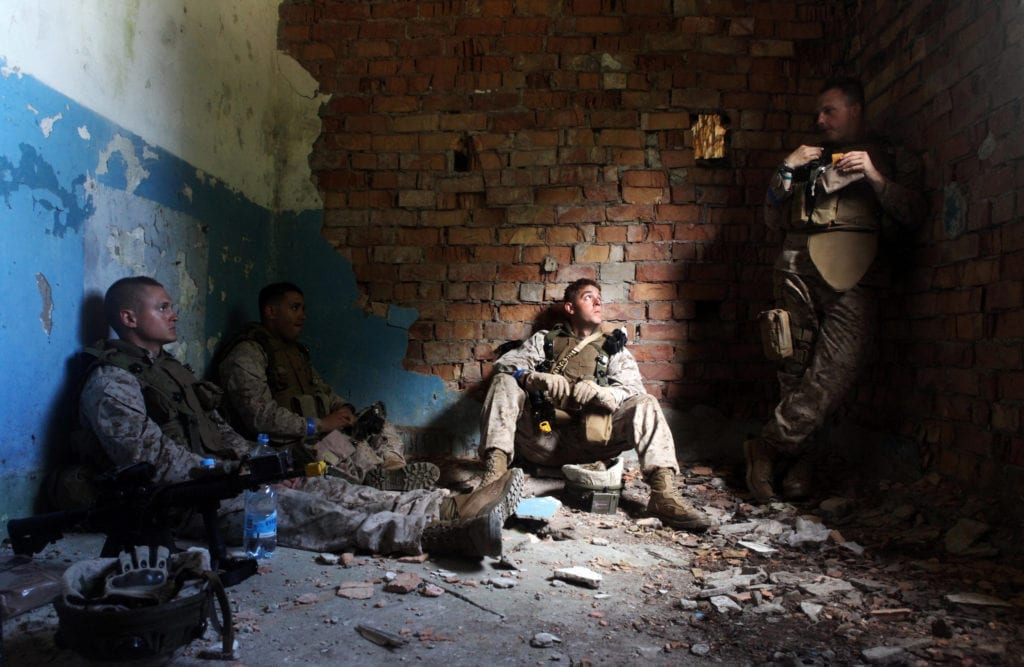 Among active-duty military spouses, a 2008 survey by the American Psychiatric Association found that 40 percent believed their husband or wife’s service overseas hurt their own mental health. Approximately 25 percent reported regular problems with sleeplessness, anxiety, and depression.1

I found a note I wrote in my journal after spending some time with a group of deployed wives, “The moms with young kids seem worn out. Their kids are winning the battles. Lots of screaming, whining, one little guy was even growling. Lord, give these women the rest they need to face the days ahead.”

Rest was important enough for God to build it into the schedule for the Israelites on their journey. On the sixth day of each week, God provided enough manna so they did not need to gather it on the Sabbath. This is the plan of a God who cares about his people getting needed rest.

God gave us the model to prepare ahead of time in order to take time to rest. I do not know about you, but the thing that most often robs me of rest is worry. Yet, I read about the provision God made for the Israelites and I ask how can I fret about the future when I know a God who makes such specific ahead-of-time plans?2

Quickly write a list of all the things that worry you and rob you of rest. Done? Okay, make that list your prayer list. Ask the Lord to work in each of those situations and to allow you to rest.

Lord, “Lay your peace like a blanket over me and as I sleep I will rest in you.” Amen. (From “Tonight” by All Sons and Daughters)