Adam and Eve— Alone to Intimate

Site survey. Photo by The U.S. Army is licensed under CC By 2.0

No human can fulfill God’s plan alone—we are made to need a battle buddy.

To call my husband “my buddy” sounds a bit trite and corny. I tend to use that word with little children as a cute term of endearment. But the military uses buddy in a way that brings depth and purpose. It is anything but cute. In the military, a buddy can be a means to save a life. The buddy system has come to represent team cohesion and resilience. 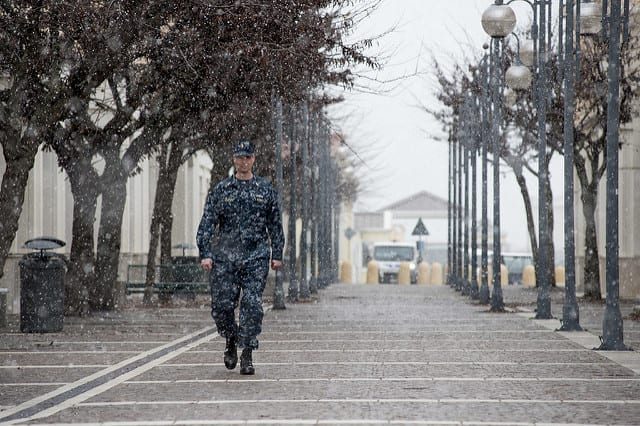 Whether as a shipmate in the Navy or Marines, a wingman in the Air Force, or a battle buddy in the Army, the military recognizes the necessity of companionship. Partners are assigned not just for friendship, but also for physical and emotional protection. Two buddies watch out for each other and look after each other’s welfare.1 The military buddy system improves work performance and is the major source of encouragement to overcome stressful military-related situations, from basic training to war zones.2

Not Designed to Be Alone

When God created the world, he looked at everything he created and pronounced it “good.” But in Genesis 2:18, God states emphatically that it is not good for the man to be alone. In other words, it is bad.3 The contrasting repetition of the word good grabs my attention and highlights the truth that no human can fulfill God’s plan alone—we are made to need a battle buddy.4

The writer of the Old Testament book of Ecclesiastes describes the buddy system poetically:

Two are better than one, because they have a good reward for their toil. For if they fall, one will lift up his fellow. But woe to him who is alone when he falls and has not another to lift him up! Again, if two lie together, they keep warm; but how can one keep warm alone? And though a man might prevail against one who is alone, two will withstand him—a threefold cord is not quickly broken. (Ecclesiastes 4:9–12)

Life is better and richer when we operate with the buddy system—especially in marriage. We will have greater reward for our work, someone to help us when we fall down, and even someone to keep our feet warm in a cold bed.

Lord, thank you for my husband. Strengthen our relationship as we offer love and support to one another. Amen.

Photo: A Sailor walks through snow in Naples by the U.S. Navy. Licensed under U.S. Govt. Work.