Eagle Storm. Photo by Marines is licensed under CC By 2.0

God demonstrated that he could make the ordinary into something extraordinary.

And the angel of the LORD appeared to him in a flame of fire out of the midst of a bush. He looked, and behold, the bush was burning, yet it was not consumed.… When the LORD saw that he turned aside to see, God called to him out of the bush, “Moses! Moses!” And he said, “Here I am.” (Exodus 3:2–4)

“Come, I will send you to Pharaoh that you may bring my people, the children of Israel, out of Egypt.”
(Exodus 3:10)

Deployment begins long before military personnel depart from home base. Deployment begins with notification. Notification is that time when an official alert travels through the chain of command and the preparation to mobilize is set in motion. The word itself, let alone the act, can challenge the most organized, test the most patient, and discombobulate the most confident. The notice usually comes during an ordinary day, in the midst of mundane activity—and it gets our attention! 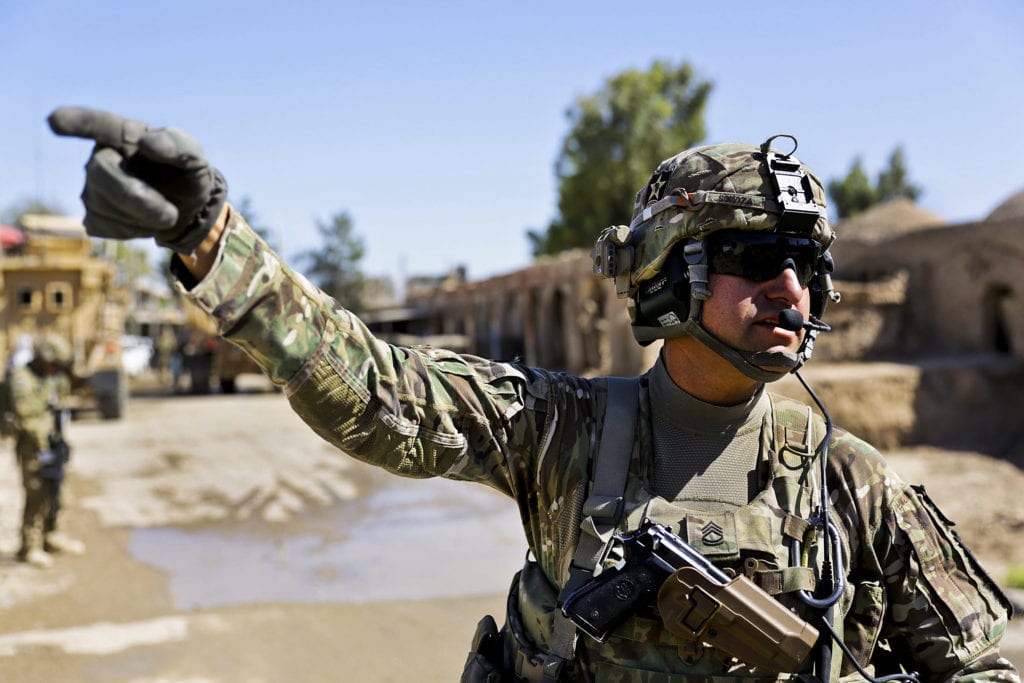 God sent deployment orders to Moses at just such a time. On an ordinary day, while shepherding a flock of sheep for his father-in-law, the Lord spoke to Moses from a burning bush. Say, what? You read it right—we are talking flames of fire from a burning, but not burned, bush!

In Scripture, fire is often a sign of God’s presence. There is no doubt fire and smoke draw attention.1 On this day, God certainly got Moses’ attention when he did not allow the fire to consume the wood. Such an unnatural event could not happen unless God made it happen. God demonstrated that he could make the ordinary into something extraordinary.
When Moses turned his attention to the burning bush, the voice of God instructed him to remove his shoes. Again, God made something ordinary become something extraordinary when a common plot of ground became a sanctuary.2

God may not speak to you in a burning bush, but you can be sure he wants to get your attention. Are you open to hear God’s voice? As you face this deployment, look to God to demonstrate himself in your life in an extraordinary way. He wants to help turn ordinary times and places into sacred times and places that remind you he is present.

Think of a time when God got your attention. What were the circumstances? What made you aware of him? When has God transformed your ordinary day or place into something extraordinary?

Father, as I go through an ordinary day, I pray for an awareness of your presence. Open my eyes to see you. Open my ears to hear you. Help me pay attention and respond to you today. Amen.