Caleb: A Faithful Man With No Regrets - The Warrior's Journey®
Skip to content

Caleb: A Faithful Man With No Regrets

Dust Settles. Photo by Marines is licensed under CC By 2.0

Caleb’s summary was not only to remind Joshua, but all the Israelites, that God is faithful to those who determine to serve him

Then the people of Judah came to Joshua at Gilgal. And Caleb the son of Jephunneh the Kenizzite said to him, “You know what the LORD said to Moses the man of God in Kadesh-barnea concerning you and me. I was forty years old when Moses the servant of the LORD sent me from Kadesh-barnea to spy out the land, and I brought him word again as it was in my heart. But my brothers who went up with me made the heart of the people melt; yet I wholly followed the LORD my God. And Moses swore on that day, saying, ‘Surely the land on which your foot has trodden shall be an inheritance for you and your children forever, because you have wholly followed the LORD my God.’ And now, behold, the LORD has kept me alive, just as he said, these forty-five years since the time that the LORD spoke this word to Moses, while Israel walked in the wilderness. And now, behold, I am this day eighty-five years old.” (Joshua 14:6–10)

He did not have a photo showing how long his hair was before he joined the military. He did not use a PowerPoint slideshow to trace his career from the proud smile on his face from initial training graduation, through various promotions with significant friends, to his last official photo displaying his awards and decorations. But in his own way Caleb reflected on his years of service leading to the occasion in today’s passage where he was ready to transition to a new era in his life. 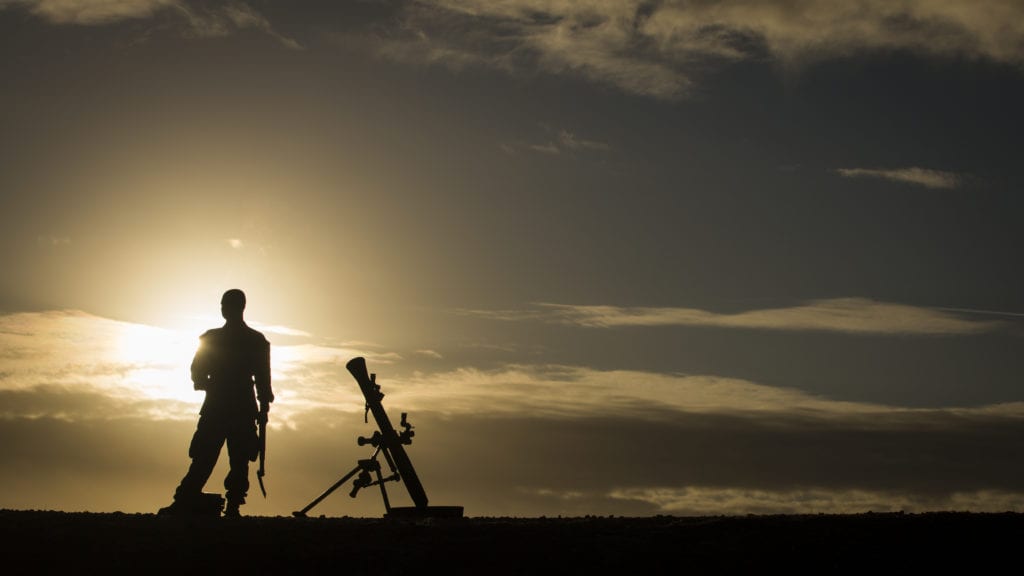 Caleb recounted his faithful service to Joshua, the leader who succeeded Moses. Of those present, Joshua best knew Caleb and his life. Out of twelve men sent out by Moses to spy out the land promised by God, these two were the only ones left—the ones who had declared that, with God’s help, the Israelites could defeat the armies they would face. The other ten spies, with the majority of Israelites of military service age, had outvoted Caleb and Joshua. Now all those who chose not to follow the Lord’s plan had died in the wanderings in the wilderness. Caleb’s summary was not only to remind Joshua, but all the Israelites, that God is faithful to those who determine to serve him.1

What did Caleb highlight at this point of transition? His faithfulness to follow the Lord, even when his peers did not. He spoke of God’s promise to bless him and his family with an inheritance of land. And he reminded everyone that he had given forty-five years of faithful service with no regrets.

Military retirement is a notable accomplishment and a significant transition point for both the service member and their family. A retirement ceremony allows for a pause in mission to provide opportunity for a person to recount and reflect on the most important aspects of a career. Along with accolades, awards, and accomplishments, the person who acknowledges the hand of God and help from the Lord is the one who is best prepared for the next step off the parade field into the civilian community.

If you have attended a military retirement ceremony, what were the elements that made it meaningful? How important is it to reflect on the past during a significant transition?

Lord, remind me of the importance of my faithfulness today, so that at the end of my journey, I may receive your blessing, “Well done, good and faithful servant” (Matthew 25:23a). Amen.