Child Moses in the Bulrushes - The Warrior's Journey®
Skip to content

Child Moses in the Bulrushes

All references point to salvation that can only come from God. The reference rings true for Jochebed and her child

But when she could no longer hide him, she took an ark of bulrushes for him, daubed it with asphalt and pitch, put the child in it, and laid it in the reeds by the river’s bank. (Exodus 2:3 NKJV)

Baby Moses in the bulrushes is a popular children’s Bible story. Never mind that no one can tell you what a bulrush is. The unbelievable part of the story highlights a mom preparing and placing her baby in a little floating basket to leave him on the bank of the Nile River. Who does that? The scene sounds counter-intuitive for a mother who loves her child. Today, we would be calling Child Services on Jochebed, ASAP. 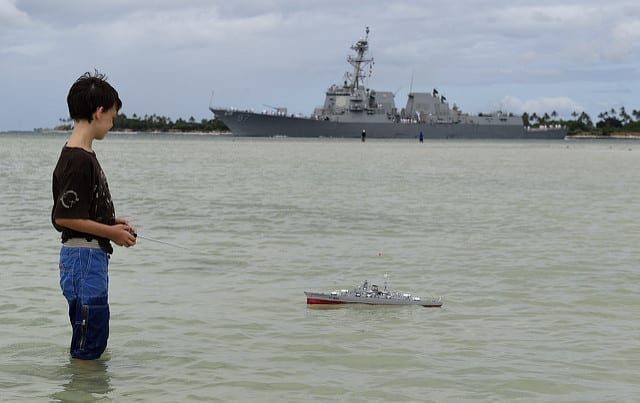 Jochebed’s reason for making the little water bassinet was not for cruelty, but for love. At three months old, baby Moses discovered his voice and found that crying would bring food and cooing would bring attention. She could keep him hidden in her home no longer. Her love for this tiny fellow caused her to take drastic action to protect him from destruction. Perhaps no one would hear him cry inside the miniature ark. The sound of the water and the thickness of the covering would muffle any cry.1 Perhaps she thought she could return to the ark among the bulrushes to nurse him.

I wonder if Jochebed was thinking of Noah and his ark when she constructed the vessel for baby Moses. Did she think about God’s message of salvation to Noah and his household as she painted the inside and outside with pitch, just as Noah did years earlier? Perhaps this little ark would be a life preserver for her child as the huge ark was for Noah.

Scripture lists the word ark three different times: in reference to Noah, Moses, and the Ark of the Covenant in Exodus 25. All references point to salvation that can only come from God.2 The reference rings true for Jochebed and her child.

There comes a time when I can no longer shield my children within the confines of my home. As much as I want to shelter them, I know at some point they must make their way in the world. I have no bulrushes to weave into an ark, and no pitch to seal the ark tight.

What I do have is the truth of God’s Word to seal their minds from the deceptions of the world. I can brush it on in the morning and evening through family devotions, and apply it with prayer throughout the day, as needed for life’s situations.

Lord, thank you for Jochebed’s example of godly parenting. Help me to persevere in preparing my children for life outside our family home. Amen.