A Day Redefined- A Story of Redemption

So Boaz took Ruth, and she became his wife. And he went in to her, and the LORD gave her conception, and she bore a son. Then the women said to Naomi, “Blessed be the LORD, who has not left you this day without a redeemer, and may his name be renowned in Israel! He shall be to you a restorer of life and a nourisher of your old age, for your daughter-in-law who loves you, who is more to you than seven sons, has given birth to him.” Then Naomi took the child and laid him on her lap and became his nurse. And the women of the neighborhood gave him a name, saying, “A son has been born to Naomi.” They named him Obed. He was the father of Jesse, the father of David. (Ruth 4:13–17)

I looked with dread at the day circled on the calendar. The anniversary of my father’s death was imminent. Other than my husband, my dad was my greatest cheerleader and source of emotional support. Our family misses his kindness, wisdom, and sacrificial love. But something happened this year to change the way I view this anniversary. A sweet little granddaughter was born! A day that sorrow had overshadowed is now a day filled with joy. I will not forget my father’s death, but the day has been redefined from one of sorrow to one of joy. 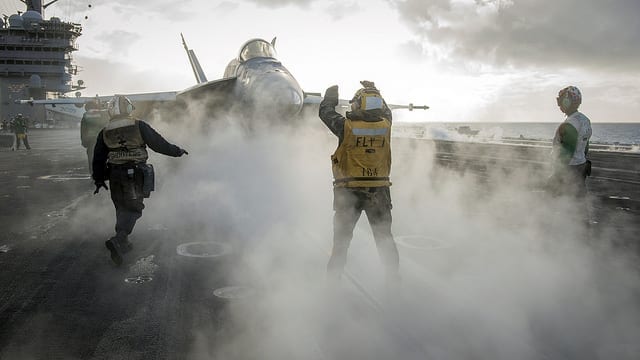 Naomi would have taken it as a cruel joke if someone had told her, after she lost her husband and sons in a foreign land, “Take heart! One day you will hold in your arms a grandson who will be the grandfather of Israel’s greatest king!” Yet that is exactly what happened!

Ruth 4 is the story of Boaz making Ruth his wife, a story of redemption that redefined the sorrow not only of Ruth, but of Naomi. A baby was born and God gave Naomi a new reason to live—a blessing she could hold in her arms.1 But Naomi’s redemption went far beyond the joy of holding Obed. Her blessing became a testimony to her neighbors.

The book ends with a genealogy of Obed’s son and grandson, Jesse and David (Ruth 4:18–22). This inclusion can seem an afterthought, but you don’t want to miss the meaning. It communicates God’s providence and care beyond the life of one woman. Obed’s birth takes on new significance when you trace his lineage to David, who played a significant role in the redemption of an entire nation. Then trace David’s lineage to the birth of Jesus in the New Testament book of Matthew. Do you see it? Nestled in God’s redemption for Naomi was the seed of his plan of redemption for the world through Jesus Christ.2

My sister, it is always easier to identify the hand of God looking backward rather than forward into the unknown. When going through a season of transition, do not attempt to tie God’s hands or fail to look at what he is doing. Have faith in all that God is going to do. He can more than salvage a situation—God can redeem it and make it new!

How does the story of Ruth and Naomi give you hope and courage for times of difficult transition? How does God’s kindness demonstrated in this book encourage you?

Lord, you are a God who can exchange tragedy for hope. “Because your loving kindness is better than life, my lips will praise you” (Psalm 63:3 NASB). Amen.