Don't Shoot the Messenger - The Warrior's Journey®
Skip to content

Sharing a laugh. Photo by The U.S. Army is licensed under CC By 2.0

Jesus did not shoot the messenger. Instead he extended a hand and changed his life

And as he passed by, he saw Levi the son of Alphaeus sitting at the tax booth, and he said to him, “Follow me.” And he rose and followed him. And as he reclined at the table in his house, many tax collectors and sinners were reclining with Jesus and his disciples, for there were many who followed him. (Mark 2:14–15)

Recently I was incorrectly charged for a medical test. It took months of frustrating phone calls to finally resolve the issue. Through the myriad of calls, I had to continually remind myself not to “shoot the messenger” with angry words. The individual who called me did not personally make the mistake, but was just the messenger of bad news. 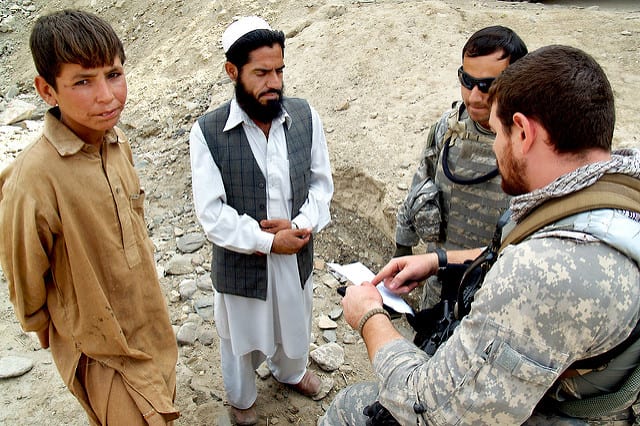 “Don’t shoot the messenger” might have been words spoken regularly by Levi, the man described in Mark 2:14–15. As a tax collector, he did not set the tax rates, but was given the job to accept toll money as people crossed from one part of the kingdom into the other.1 Many Jews who made the regular trip back and forth could remember when there was no toll to pay, and in their resentment let the complaints fly toward the toll collector. Then one day someone passed by Levi’s booth, looked at him and said, “Follow me.” Jesus did not shoot the messenger. Instead he extended a hand and changed his life.

Levi followed Jesus and even pulled together some of his other tax collector friends so they could meet him too. The actions of Jesus did not sit well with the religious leaders, but he did not apologize for his choice of companions. No, he made the point that not only was it acceptable for him to spend time with such people, it was the purpose of his mission (v. 16–17).

We all have a natural tendency to associate with those like us, especially those who have the same beliefs. While Jesus spent the majority of his time with his disciples, he also went out of his way to associate with people considered outsiders so he could address their spiritual needs.

We need to be in close community with those who will deepen our walk with Christ. We must also reach beyond these circles and befriend those who need the love of Christ. You and I may face some criticism for our choice of friends, just as Jesus did, but we are to love them with God’s love, and we may have the privilege of being the messenger God uses to introduce them to the Savior.

Are you meaningfully connected with people who do not share your Christian beliefs? If not, how can you make a new connection?

Lord, show me how to be a friend. Amen.