Eating with People that are Different

Thanksgiving on Combat Outpost Cherkatah, Khowst province, Afghanistan. Photo by The U.S. Army is licensed under CC By 2.0

They did not understand that Jesus did not just eat with people who were different for the sake of being different.

And the scribes of the Pharisees, when they saw that he was eating with sinners and tax collectors, said to his disciples, “Why does he eat with tax collectors and sinners?” And when Jesus heard it, he said to them, “Those who are well have no need of a physician, but those who are sick. I came not to call the righteous, but sinners.” (Mark 2:16–17)

Diversity Outside My Hometown

I don’t know about you, but I grew up in a pretty homogenous town. I liken it to living in bubble wrap. Mine was a protected upbringing where anyone different stood out. When my husband became a Soldier, he blended into any camouflage group. My little boys would grab onto the boots of any Soldier and look up for “daddy” because everyone looked like daddy. But even with this visual uniformity, military life was different. Different as in: different people, different attitudes, a different way of doing things. And the diversity caused unanticipated culture shock. 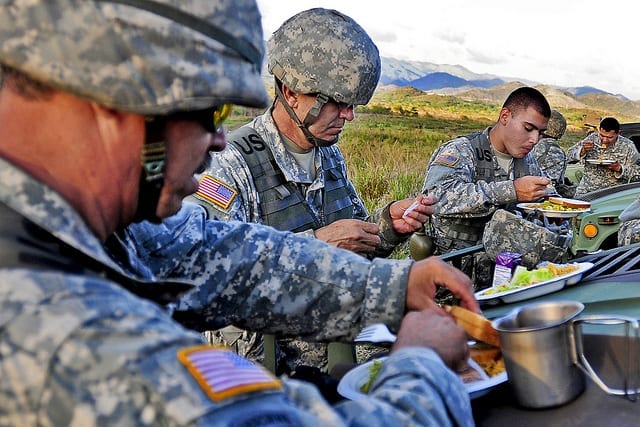 I soon learned to appreciate different! Every military community brings together different groups—people from different religions, even Christians from different denominations with different practices. I learned that “different” did not mean it was time to draw division lines, but to embrace differences. Further, encountering something new could enrich me.

The Jewish leaders who criticized Jesus for eating with “tax collectors and sinners” did not like “different.” The fact that Jesus shared a table with those who were considered outsiders made them suspicious of him.1 Their job was to ensure everyone followed the same religious rules, and this made Jesus’ actions unacceptable.2 They did not understand that Jesus did not just eat with people who were different for the sake of being different.

However, Jesus knew that even—especially—those who were different in his day had spiritual needs. They were spiritually sick. Indeed, they needed healing, salvation, and hope.

Military life certainly brings together people from a variety of backgrounds, but all of us have in common a need for Christ’s mercy and salvation. Jesus prioritized people in need and gave them a place at his table.3 Sisters, don’t be afraid of different.

What have you learned about “different” since becoming a military wife? Differences abound, even among Christians. What challenges and opportunities are there when those differences are shared?

Father, sometimes I don’t like “different.” It’s more comfortable when people fit into my mold, especially when it comes to serving you. Help me find a deeper knowledge of you by focusing on what binds us together instead of what separates us. Amen.