Family -At Home in an Ark

Welcome home. Photo by The U.S. Army is licensed under CC By 2.0

God’s call and plan was not just for Noah, but for his entire family

The Lord saw that the wickedness of man was great in the earth, and that every intention of the thoughts of his heart was only evil continually. And the Lord regretted that he had made man on the earth, and it grieved him to his heart. So the Lord said, “I will blot out man whom I have created from the face of the land, man and animals and creeping things and birds of the heavens, for I am sorry that I have made them.” But Noah found favor in the eyes of the Lord. These are the generations of Noah. Noah was a righteous man, blameless in his generation. Noah walked with God. And Noah had three sons, Shem, Ham, and Japheth. (Genesis 6:5–10)

Over the years, I have collected several Noah’s Ark prints and primitive toys. The symbolism of the ark as a place to find safety in the midst of chaos resonated with my life as a military wife. The ark reminded me of protection and rest, but the greatest reminder was that God had a plan, not only for me, but also for my family. I wrestled with the ramifications of rearing children who moved from one place to another versus the benefits of staying in one place. Captain and Mrs. Noah and their water bound quarters encouraged me to trust in God’s plan and timing. 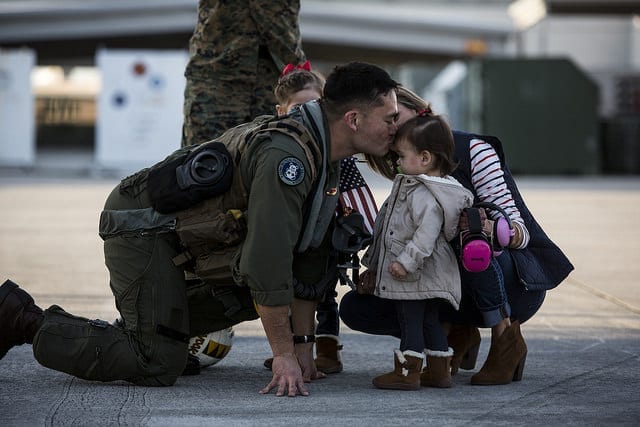 Scripture introduces Noah in Genesis 5, where we discover Noah was 500 years old when he became a parent, eventually to three boys. In a few short words, we find out about Noah and his character—he was righteous and blameless—two words that indicate Noah’s wholehearted commitment to God.1

“Joan of Ark” is a common man-on-the-street response to the question, “Who was Noah’s wife?” Wrong answer! Scripture provides limited information about Mrs. Noah. We know she held the status of a married woman who had sons, which was important in her day. We also know she endured over 100 years of her husband building an ark to prepare for a journey of a lifetime. This woman was a survivor. Along with her husband, her sons, and their wives, she survived the worst natural disaster ever recorded.2

Commonsense presumes that Captain and Mrs. Noah’s three sons helped build the ark, fill the ark, and then care for the livestock they transported. God’s call and plan was not just for Noah, but for his entire family.

When God called my husband to serve in the military—and yes, he saw it as a calling and not a job—he called our family. Each time we packed up to move, the Lord reminded me we were safe in the “ark” of his making. Captain and Mrs. Noah did not have to sacrifice their family to follow God’s will. On the contrary, their family was the only one saved from the flood. God is also able to preserve and bless military families through the special calling of military service. Trust him to keep you and yours safe.

How does the story of God’s care for Noah’s family encourage you as a mom rearing children in a military environment? In what ways do you see military life as a calling for your family?

Lord, thank you for your loving care for my family. Help me trust you to use the experiences of military life to bless my children. Show me that we are safe in the ark of your loving care today. Amen.