The Role of Money in Reintegration

A sailor writes history.. Photo by U.S. Navy is licensed under CC By 2.0

I weighed out into their hand 650 talents of silver, and silver vessels worth 200 talents and 100 talents of gold, 20 bowls of gold worth 1,000 darics, and two vessels of fine bright bronze as precious as gold. And I said to them, “You are holy to the LORD, and the vessels are holy, and the silver and the gold are a freewill offering to the LORD, the God of your fathers. Guard them and keep them until you weigh them before the chief priests and the Levites and the heads of fathers’ houses in Israel at Jerusalem, within the chambers of the house of the Lord.” (Ezra 8:26–29) 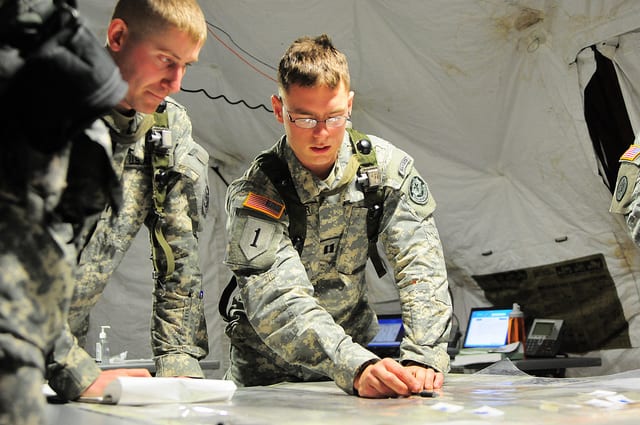 We came to Jerusalem, and there we remained three days. On the fourth day, within the house of our God, the silver and the gold and the vessels were weighed into the hands of Meremoth the priest, son of Uriah, and with him was Eleazar the son of Phinehas, and with them were the Levites, Jozabad the son of Jeshua and Noadiah the son of Binnui. The whole was counted and weighed, and the weight of everything was recorded. (Ezra 8:32–34)

In her article “Seven Things I Wish I’d Known about Military Marriage,” military wife Jacey Eckhart topped the list with, “I wish I paid a whole lot more attention to money.”1 Couples often do not realize the role money plays in a relationship. The way we spend and account for money can be how we spell TRUST.

Jokes about “retail therapy” can bring a smile, but the result of emotional spending can be anything but funny. Budgeting for an occasional splurge is fun and, I would argue, even healthy. But when spending money becomes a necessary part of celebrating or forgetting the highs and lows of life, a flag should go up.

When spending money becomes a necessary part of celebrating or forgetting the lows of life, a flag should go up

“Arguments about money are by far the top predictor of divorce. It’s not children, sex, in-laws, or anything else. It’s money—for both men and women.” This statement from researcher Sonya Britt gives insight into why finances are a topic included in official deployment and redeployment briefings. Another study, “Examining the Relationship between Financial Issues and Divorce”, substantiates Britt’s statement. That research also confirms that arguments about money tend to be more intense and last longer than other types of marital disagreements.2

Ezra offers a practical lesson on money management for married couples, one of many potential problems. Notice in chapter 8 of Ezra, before he set out to return home and after he arrived home, he directed the travelers to do an accounting of their financial assets. The plan to rebuild the temple would carry with it a cost, and Ezra was careful to guard the funds entrusted to him.

Dear one, do not discount the importance of making a financial plan for your marriage, especially during deployment. Rebuilding always has a cost, whether monetary or emotional. The attitude you and your husband have toward money can be the key to a successful and peaceful reintegration.

What have you and your husband done to navigate the financial issues of marriage? What can you do to ensure financial success as you look toward reintegration?

Father, help me to do my part in making my marriage financially sound. Give us wisdom in how we manage our finances and help us to be in unity in the method. Amen.