Passing alongside the Sea of Galilee, he saw Simon and Andrew the brother of Simon casting a net into the sea, for they were fishermen. And Jesus said to them, “Follow me, and I will make you become fishers of men.” And immediately they left their nets and followed him. And going on a little farther, he saw James the son of Zebedee and John his brother, who were in their boat mending the nets. And immediately he called them, and they left their father Zebedee in the boat with the hired servants and followed him. (Mark 1:16–20) 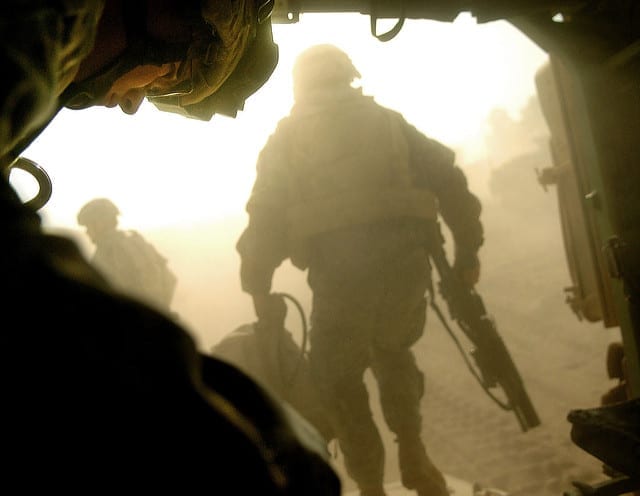 These few short verses stop me in my tracks. Think about it. Jesus came up to these fishermen, told them to leave everything to follow him—and they did. They walked away from their family and economic security. They laid everything down. They left. They followed. Even though the Gospel of John lets us know these men encountered Jesus earlier through the ministry of John the Baptist, their spontaneous, immediate, and unconditional response to Jesus’ invitation, “Follow me,” makes a powerful statement about the authority of Jesus.1

Spend any time on a military installation and you will hear commands issued and followed. In the military it is the authority of rank that turns a request into a command.

The words of Jesus to Simon, Andrew, James, and John were heard much like a sharp military command.2 Authority is what these men heard when Christ issued a call to follow him. Somehow these fishermen received the words of Jesus with a confidence that they would be able to become what Jesus offered. That’s faith. Sisters, if Jesus calls you, he will enable you.

These socially insignificant folks would fail and disappoint him, but their role was crucial to the success of his mission. Through them, the kingdom of God was made known throughout the world. I often feel insignificant and I certainly fail and disappoint him, but my role is no less crucial to this kingdom mission. He wants to use us to make his name known. Let’s follow!

These disciples were flawed but willing followers who can show us what it looks like to be a disciple of Christ. In them, we see three fundamental elements of discipleship: (1) a relationship with Jesus; (2) active promotion of his mission; and (3) total commitment to his cause.3

Where are you on this discipleship journey? Do you have a relationship with him? Are you actively promoting his mission? Are you committed totally to his cause?

Lord, help me to daily grow in my relationship with you. Show me how to promote your mission in my sphere of influence and make me totally committed to your cause to reconcile others to you.