Window watch. Photo by The U.S. Army is licensed under CC By 2.0

In the first year of Cyrus king of Persia, that the word of the LORD by the mouth of Jeremiah might be fulfilled, the LORD stirred up the spirit of Cyrus king of Persia, so that he made a proclamation throughout all his kingdom and also put it in writing: “Thus says Cyrus king of Persia: The LORD, the God of heaven, has given me all the kingdoms of the earth, and he has charged me to build him a house at Jerusalem, which is in Judah. Whoever is among you of all his people, may his God be with him, and let him go up to Jerusalem, which is in Judah, and rebuild the house of the LORD, the God of Israel—he is the God who is in Jerusalem. And let each survivor, in whatever place he sojourns, be assisted by the men of his place with silver and gold, with goods and with beasts, besides freewill offerings for the house of God that is in Jerusalem.” Then rose up the heads of the fathers’ houses of Judah and Benjamin, and the priests and the Levites, everyone whose spirit God had stirred to go up to rebuild the house of the LORD that is in Jerusalem. (Ezra 1:1–5) 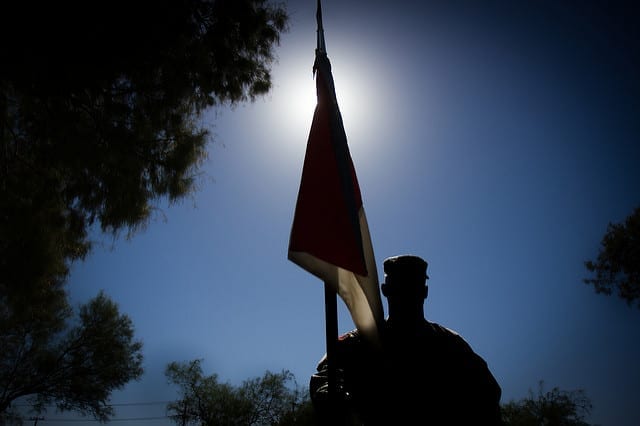 I am a coffee snob. Some of you may roll your eyes, but others will recognize a kindred spirit. Maybe you can relate to some of my life mottos: “No coffee, no workee.” Or, “I only need coffee on days ending with “y.” And, “I would stop drinking coffee, but I am not a quitter.” Each morning, I stir cream in my coffee—the real stuff. Do not give me a chemical facsimile. I will cut corners elsewhere, but for coffee I want cream. It is part of the morning ritual that awakens my senses and rouses me toward productivity.

Ezra 1:1 refers to God stirring a king to make a decision that would benefit God’s people. The Hebrew word translated as stir is to rouse, awake, or incite.1 God caused King Cyrus of Persia to fulfill a prophecy given by the prophet Jeremiah years earlier.2 In Ezra 1:5, God stirred the hearts of families and priests to return to Jerusalem to rebuild the city. Yes, God awakened the senses of a king and a group of exiles to move toward rebuilding a nation.

Those who sensed God’s stirring could have been content to have an emotional moment and go back to life as usual. However, just as stirring cream in my coffee each morning changes the color, texture, and taste, the stirring of the exiles brought change to their lives. The stirring moved them to find a new normal after being away from home for a very long time.

A major theme of the books of Ezra and Nehemiah is that God intervenes in our affairs by stirring hearts to action. He roused hope in the hearts of people long separated from their land, their temple, and their public worship. God stirred their hearts to work for the change and restoration they desired.

We may not understand wars and why they happen, but do not forget this: God is concerned about you and your military family. He can stir your family’s hearts to reach for restoration as you journey toward reintegration following deployment.

How has God stirred you to prepare for reintegration? What comfort do you find in the fact that God stirred a king and influenced him to change the trajectory of a nation?

Father, thank you for stirring hearts and for your intervention in people’s hearts and lives. Help my family as we readjust to being together again. May we honor you in the process. Amen.

1 https://lumina.bible.org/bible/Ezra+1 Hebrew definition.
2 “For thus says the Lord: When seventy years are completed for Babylon, I will visit you, and I will fulfill to you my promise and bring you back to this place” (Jeremiah 29:10).