Sailors render honors to Peace Ark.. Photo by U.S. Navy is licensed under CC By 2.0

In the sixth month the angel Gabriel was sent from God to a city of Galilee named Nazareth, to a virgin betrothed to a man whose name was Joseph, of the house of David.  And the virgin’s name was Mary. And he came to her and said, “Greetings, O favored one, the Lord is with you!” But she was greatly troubled at the saying, and tried to discern what sort of greeting this might be. And the angel said to her, “Do not be afraid, Mary, for you have found favor with God. And behold, you will conceive in your womb and bear a son, and you shall call his name Jesus. He will be great and will be called the Son of the Most High. And the Lord God will give to him the throne of his father David, and he will reign over the house of Jacob forever, and of his kingdom there will be no end.” (Luke 1:26–33)

Too often, I view the story of the angel visiting Mary to foretell the birth of Jesus as a sweet Christmas story. However, when I reflect on the magnitude of this event, the story moves from sweet to monumental. Consider the major ramifications this announcement would have on Mary’s relationship with her fiancé, not to mention the way her society would view her when she became pregnant without being married. 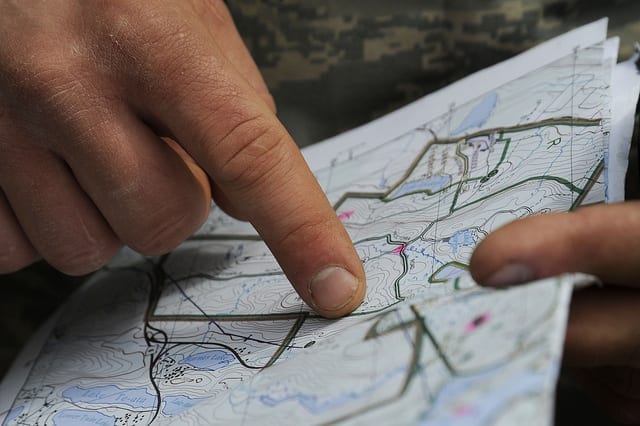 How many of us, after getting over the shock of an angelic visitation would second guess the message and start mulling over the cost to our reputation? I am quite sure my response would have been, “Why me?” in the voice of a victim rather than a humble, willing servant of God. Thank goodness, young Mary did not respond that way. Mary embraced God’s will for her life and for her future family. She did not ask, “Why me?” No, she asked, “How can this be?”

An angel’s journey from God’s heavenly realm to inform Mary of her destiny began her unprecedented pilgrimage of obedience. She had the choice to respond with “Why me?” or “How can this be?” I have thought long and hard about the difference between the two responses, and I conclude that asking “Why me?” makes me a victim, but asking, “How can this be?” makes me a participant in God’s plan.

As a military mom, I have that same choice when issues arise. I can choose to ask, “Why me?” when challenges of military life seem overwhelming. I confess, at times I make that choice and I must tell you it does not get me anywhere but into a hole of self-pity. However, when I choose to ask, “How can this be?” I become energized by the challenge of trusting God with the possibilities of the future.

Mary’s situation had the component of God’s divine will as she fulfilled her part of the plan in birthing the Savior of the world. Sister, God has a will and plan for your family. He has a plan, but we must be willing to participate. Are you willing to say, “How can this be?”

Are you more of a, “Why me?” or “How can this be?” person? How might each response have an effect on parenting?

Lord, forgive me when I have had a victim mentality and cried, “Why me?” Help me to always look for possibilities as I trust you for the future. Amen.