Hearing God's Voice- What are you Doing Here? - The Warrior's Journey®
Skip to content

Hearing God’s Voice- What are you Doing Here?

Marines build combat outpost. Photo by Marines is licensed under CC By 2.0 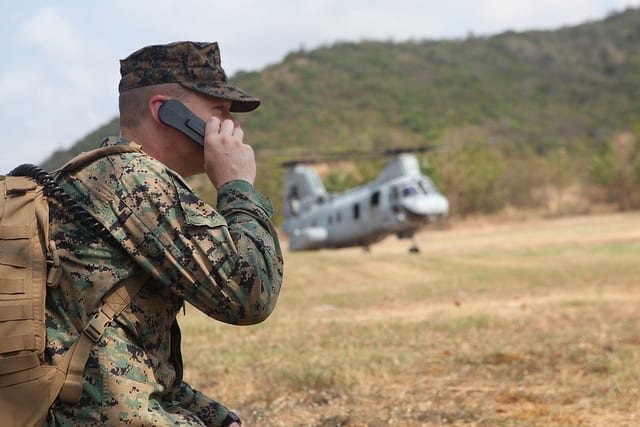 The assignment I mentioned earlier, during which I isolated myself, could have turned out differently. I often wonder what would have happened if I had stayed stuck in my melancholy. Looking back, I realize that was a turning point. My husband had been in the military long enough for me to see the potential for resentment to build up toward Uncle Sam. I had met military spouses who were bitter, angry, and hardened by military life. They looked backward in disappointment instead of forward in hope.

That PCS had brought me to a crossroads where I made a decision. I was not going to give up on hopeful possibilities nor give in to negative emotions. God had brought me to a place where I could hear his voice and he gently reminded me that this was the life to which he had called my family. I did not immediately feel positive about my circumstances, but I decided it was time to take a step toward building relationships and being involved in the community. I did not want to miss what I was to learn or how I was to serve.

1 Kings 19:11–13 reports Elijah moving to a new location, Mt. Horeb, also known as Mt. Sinai. This was the same place Moses first encountered God in the burning bush and later received the Ten Commandments from the Lord. He felt alone, but Elijah was not the first one to stand on this mountain before the Lord. When we think we struggle alone, we just need to look around to see the footprints left by many who have stood in the same dust of despair. Human struggle is not unique.

When we think we struggle alone, we just need to look around to see the footprints left by many who have stood in the same dust of despair

On Mt. Horeb, God repeated the question to Elijah, “What are you doing here?” Like a wise counselor, God was asking him to do some soul-searching and re-evaluation of his circumstances. He allowed Elijah to vent his frustrations and he listened patiently. We often look for the miraculous and the spectacular as the only way God can speak and show himself. But God’s message to Elijah is a message to you and me. He is sometimes in the quiet moments of change, the times of waiting, and yes, even the times of disappointment.

God knew Elijah was at a difficult place. I find it encouraging that God did not leave Elijah on a mountain with questions echoing through the caverns of his heart. The Lord redirected his focus and got him moving in the right direction. Sister, God will not leave you when you are confused and discouraged. He wants to engage and redirect us. He cares and he has a purpose.

How can a PCS move keep you from hearing the “low whispers” of God? What can you do to help you hear God’s whispers?

Lord, make my ears quick to listen to your voice. Still my heart today and let me know you are God. Amen.