Sister, don’t downplay or overlook the human connection as a part of God’s heart transition plan

Now there was a disciple at Damascus named Ananias. The Lord said to him in a vision, “Ananias.” And he said, “Here I am, Lord.” And the Lord said to him, “Rise and go to the street called Straight, and at the house of Judas look for a man of Tarsus named Saul, for behold, he is praying, and he has seen in a vision a man named Ananias come in and lay his hands on him so that he might regain his sight.” But Ananias answered, “Lord, I have heard from many about this man, how much evil he has done to your saints at Jerusalem. And here he has authority from the chief priests to bind all who call on your name.” But the Lord said to him, “Go, for he is a chosen instrument of mine to carry my name before the Gentiles and kings and the children of Israel. For I will show him how much he must suffer for the sake of my name.” So Ananias departed and entered the house. And laying his hands on him he said, “Brother Saul, the Lord Jesus who appeared to you on the road by which you came has sent me so that you may regain your sight and be filled with the Holy Spirit.” And immediately something like scales fell from his eyes, and he regained his sight. Then he rose and was baptized; and taking food, he was strengthened. (Acts 9:10–19a) 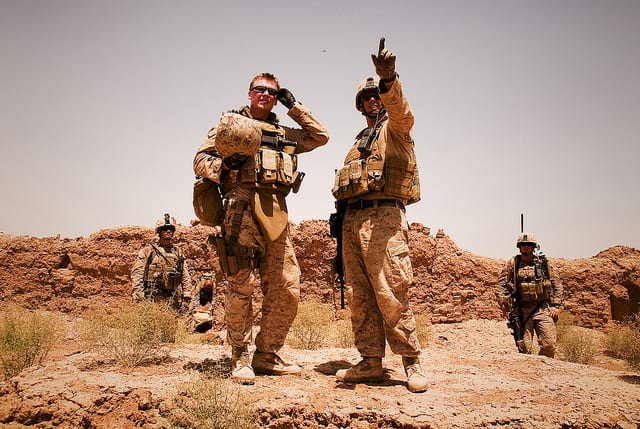 When the military sent us to Germany, my language skills were little more than “guten Tag” (Good day). Cautious excitement rose in me when a neighbor offered to tutor me in German if would help her improve her English. The arrangement led to a delightful friendship that also helped me transition my American mind to better understand the language and culture. I might have learned similar lessons from a book, but the human touch was better.

God knows what will move us down life’s road to get us in step with his plan. In coordinating Saul’s heart transition, God used a person to open his eyes and point him in the right direction. God used supernatural power to ambush and blind Saul, but to complete his heart transition, God sent a person to touch him and speak the words from the Lord. All Ananias did was touch and talk, yet God used him as his agent of change.

Ananias was a hesitant participant at first. How humorous to think that after receiving divine instructions to go and pray for Saul, Ananias informed the Lord about Saul’s reputation! Do you think he was asking if Jesus also knew the reports? The Lord did not rebuke him, he just repeated the instructions with clarity.

Heart transition is a God-thing designed for humans. Sometimes we are the ones needing the transition and the Lord uses others to help us. Other times, we are the ones used as part of the transition plan for someone God brings across our path. We may doubt that we can play a significant role in another’s heart transition, or we may question a prompting from the Lord to reach out to someone. Sister, don’t downplay or overlook the human connection as a part of God’s heart transition plan. Whether a simple cultural transition, or a radical spiritual transformation, God can use other people to make it happen. God can use you!

Lord, make me your hand extended to someone today. Speak through me, touch through me, encourage through me. Amen.