Blending In. Photo by The U.S. Army is licensed under CC By 2.0

The Department of Defense’s acronym for relocation is PCS, which stands for Permanent Change of Station. A PCS normally results in a new job, a new home, a new school, and a new community. You find new places to shop, eat, and explore. Most importantly, you always find new people. Interesting people make up every military community, each with a unique life story to tell. You can research many facts about your next PCS location, but there is one fascinating aspect of your next move that you cannot know until you arrive—the people you will meet. In fact, PCS could stand for People’s Captivating Stories! 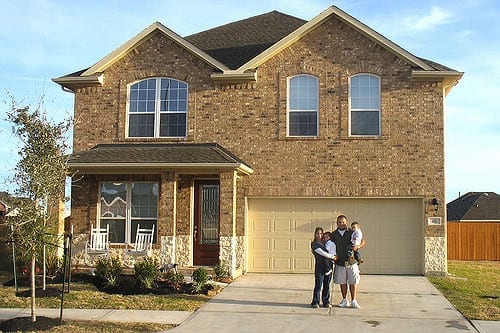 King Saul became jealous of David and his success and sought to kill him. When David fled for his life, he ended up in a wilderness location surrounded by four hundred people who were trying to get away from difficult situations and start a new life. Some of the people were in debt. Others were simply not content with the direction of their lives. A few may have been fleeing from the authorities. The Scriptures paint the notion these folks were passionate for change.1 Reading about David’s associates makes you wonder if they were the first ones to sing the jody or cadence call some troops sing today: “Got a letter in the mail; go to war or go to jail.” These men joined David and eventually they became known as his “mighty men.” They were men who could say, “Don’t judge my future from my past.”

“Don’t judge my future from my past.”

Recently I rejoiced with a young military wife as she celebrated the completion of a beautiful new home. Building a new home is a major life event, but for this friend, her new home was uncommon. I was privileged to hear her story of growing up, often homeless, with a dim view of the future. In desperation, and as a way out of poverty, she joined the military. She met people in the military who introduced her to Jesus, and today she serves as a faithful leader in her chapel women’s ministry. She is one of the many mighty women I am proud to know.

In the military you meet folks from all walks of life that you may never otherwise meet. The military creates community where the paths of people can cross in an environment that produces bonds that tie us together. May I encourage you to share your story and listen to the stories of others? Find those who are eager to create a new future and be mighty women of God together.

Who are some of the people you have met since being a military spouse whom you would not have otherwise encountered? How have these people blessed you?

Lord, thank you for new beginnings. Thank you that in you we can forget what lies behind and strain forward to what lies ahead (Philippians 3:13).