Isaac and Rebekah—Poor Communication - The Warrior's Journey®
Skip to content

Communications. Photo by The U.S. Army is licensed under CC By 2.0

Their later challenges were due in large part to poor communication

And Isaac went out to meditate in the field toward evening. And he lifted up his eyes and saw, and behold, there were camels coming. And Rebekah lifted up her eyes, and when she saw Isaac, she dismounted from the camel and said to the servant, “Who is that man, walking in the field to meet us?” The servant said, “It is my master.” So she took her veil and covered herself. And the servant told Isaac all the things that he had done. Then Isaac brought her into the tent of Sarah his mother and took Rebekah, and she became his wife, and he loved her. So Isaac was comforted after his mother’s death. (Genesis 24:63–67) 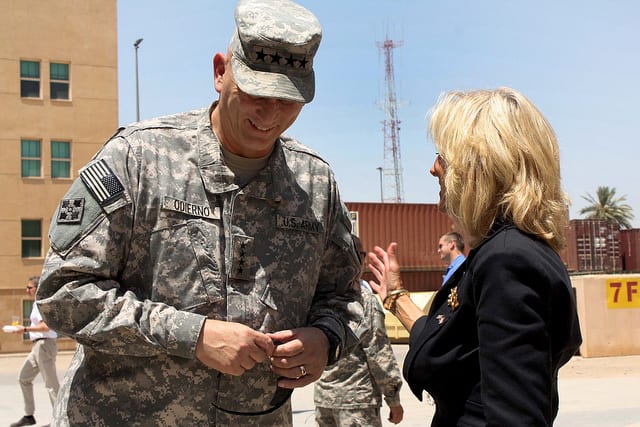 Over the next few waypoints, we will encounter in the marriage of Isaac and Rebekah a case study in the challenge of relational communication. Their marriage began with a noteworthy journey—but it was not a journey the couple made together. In an ancient-world precursor to mail-order brides and online dating, Abraham sent his servant to find a wife for his son Isaac. God had promised to bless Abraham and make his descendants as numerous as the stars in the sky and the sand on the shore (Genesis 15:5; 22:17). The blessing would continue through Isaac and on down the family line. But Abraham was now a very old man and Isaac was not married. Abraham wanted to be sure that Isaac married someone from his own country, so he took matters into his own hands and sent his servant to find Isaac a wife.

The servant spotted a woman named Rebekah at the community well. Her kindness to him—and his weary camels—was impressive (Genesis 24:10–22). She communicated through word and action that she would make a good wife for Isaac, and they met after the servant asked God to lead him to the right girl. He explained the story of his quest to Rebekah and her family and she agreed to return with him (v. 34–58). She showed great courage by her willingness to leave her country, travel to a foreign land, and marry a man she had never met.1

Arranged marriage was common in Rebekah and Isaac’s culture, but even though the Bible tells us that the couple fell for each other, they did not establish good communication practices before becoming man and wife. Most of us today personally select our own spouses-to-be and arrange our own marriages, but it is still easy to fall into poor communication habits.

Over the next few days, we will look at this marriage that started out strong with God’s confirmation, Rebekah’s willingness, and Isaac’s love. These two soon made choices that led their marriage down a trail of deceit and manipulation.2 Their later challenges were due in large part to poor communication. We have lessons to learn from their challenges in communication that will help us build stronger marriages.

What are some of the communication challenges that can arise in a military marriage? Take time to list the strengths and weaknesses of your marriage in the area of communication. Make this list a focus for your prayer over the next week.

Lord, I pray my husband and I will listen to one another. Give each of us a heart to hear even if we do not speak with words. Show us the things that disrupt the lines of communication in our marriage. Amen.