Black Hawk change out. Photo by The U.S. Army is licensed under CC By 2.0

Saul’s transition was so drastic that God used a supernatural occurrence, a physical incapacitation, a spiritual vision, and a human encounter

Saul rose from the ground, and although his eyes were opened, he saw nothing. So they led him by the hand and brought him into Damascus. And for three days he was without sight, and neither ate nor drank. (Acts 9:8–9)

My husband’s first deployment to Afghanistan included an unplanned three-day delay in Turkey. His unit took commercial flights to Germany then transferred people and equipment to several different military aircraft to fly to Afghanistan. His aircraft experienced engine trouble and landed in Turkey for repairs. Though he wanted to be with his unit, the three days at the U.S. airbase were an opportunity for my husband to to have his spirit refreshed by fellowship with Air Force chaplains there. 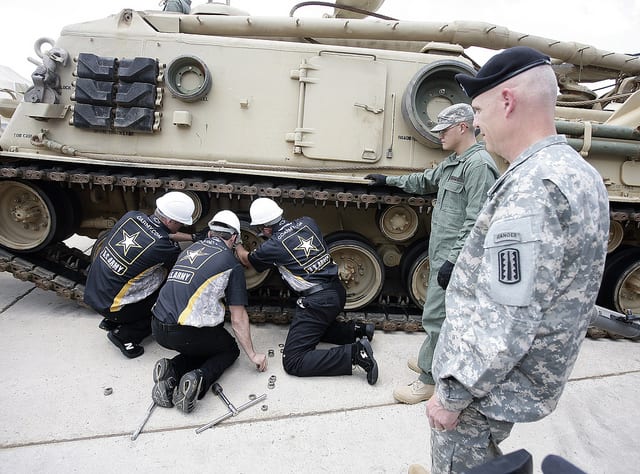 Saul experienced a three-day unplanned itinerary change in his mission’s journey. Unlike my husband’s refreshing timeout, this was a radical transition. His heart transition was not instant. The bright light he encountered when the Lord ambushed him caused temporary blindness and someone had to lead him by the hand to Damascus. The event affected him so much that he did not eat or drink during this period. As the hours passed, I imagine he wondered how long his blindness would last.

Transition of the heart can be painful, troubling, and can take time. The three days in darkness would have given Saul time to perhaps replay in his mind the encounter with Jesus on the road. He had thought he was honoring God by ridding his religion of any acknowledgement of the radical Jesus, but now he had experienced a divine encounter with this same Jesus. During his sightless days, God was working in him. The Lord gave Saul a vision of a man named Ananias who would come and lay his hands on him to restore his sight.

God could have given Saul this life-transitioning message while he was lying in the dust of the road. He could have immediately restored his sight, but Saul might not have completely processed what had happened if the transition message and restoration of sight had been immediate. He might have continued on his journey shaken, but unchanged.

God knows how to lead each of us through a heart transition, and he knows how long it will take. For Saul it took a blinding ambush while traveling, three days of blindness, a vision while blind, and the touch of another person—Ananias. Saul’s transition was so drastic that God used a supernatural occurrence, a physical incapacitation, a spiritual vision, and a human encounter. God orchestrated all these in such a way that Saul would never forget, or doubt, that God was redirecting his life.

Heart transition can be hard work. God knows where he wants us to be in our life journey with him. Sometimes he takes undeniable and unforgettable measures to get our attention and lead us through a meaningful transition.

Why do you think Saul’s conversion experience was so dramatic? What was your life like before you encountered Christ? How have you changed?

(Pray for someone today. Think of someone who, like Saul, is an improbable candidate.) Lord, today I pray for _____________, who needs to encounter you. Thank you that they are not beyond your reach. If you could transform someone like Saul, you can transform anyone! Amen.