High fives in Afghanistan. Photo by The U.S. Army is licensed under CC By 2.0

Our children need to learn how to bounce back in spite of challenges. Military kids can grow up to be resilient adults

And when Jesus had finished these parables, he went away from there, and coming to his hometown he taught them in their synagogue, so that they were astonished, and said, “Where did this man get this wisdom and these mighty works? Is not this the carpenter’s son? Is not his mother called Mary? And are not his brothers James and Joseph and Simon and Judas? And are not all his sisters with us? Where then did this man get all these things?” And they took offense at him. But Jesus said to them, “A prophet is not without honor except in his hometown and in his own household.” And he did not do many mighty works there, because of their unbelief. (Matthew 13:53–58)

Do you remember the first time someone rejected or treated your child poorly? I sure do! The strong emotions of anger mixed with compassion and an overwhelming need to protect my child welled up within me. Someone had to hold me back and talk me down! The mother lion in me was awakened and I was ready to pounce on those who mistreated my cub. 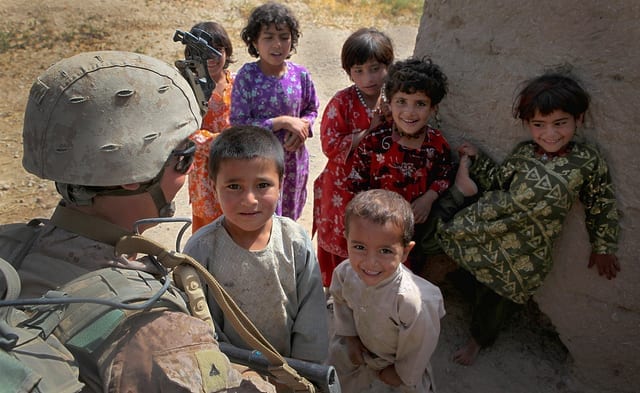 My kids experienced the spectrum of acceptance and its lack because of their military status. At Ft. Leavenworth they attended a great school on the installation. They met acceptance from the other kids because all the kids were military like them. When we moved to North Carolina they attended a public school. My youngest son began playing on the varsity football team as a sophomore. However, when the coach found out that we would be moving in the middle of the season he pulled him out of play. The coach rejected him because he was a military kid who would not be around next year to help the team. Yeah, someone had to hold me back and talk me down after that situation!

Was Mary like me when Jesus was rejected in his hometown? Jesus did not follow the pattern of hometown boys. Surely a good Jewish boy would have remained in the village and continued his father’s occupation as a carpenter. Add in that Jesus was teaching beyond what the townsfolk thought was his ability and you get rejection. He did not fit their preconceived ideas of a homeboy.1 Their inflexibility and unbelief was their loss, because “he did not do many mighty works” among them.

As a mother, I must look at the big picture. Was I angry and disappointed for my child when he was rejected because of his dad’s job? Yes. Did I think it was unfair? Yes. (It was!) However, disappointments and, yes, even rejection, can prepare and train kids for the realities of a world that can be unfair and harsh. My natural tendency is to get angry, protect, and strike back. But I need to remember that I am not rearing children, I am rearing adults. Handled wisely, rejection can build resilience and character. Our children need to learn how to bounce back in spite of challenges. Military kids can grow up to be resilient adults.

What difference does it make to think of your role as rearing adults as opposed to rearing children? How have you helped your child bounce back from challenges?

Lord, help me to have a spirit of resilience when challenges come my way. I pray I will be an example to my child/children. Help our family to trust you in times of uncertainty, fear, or change. Amen.