We think leadership is about rank and power; they think of leadership as the responsibility for other human beings 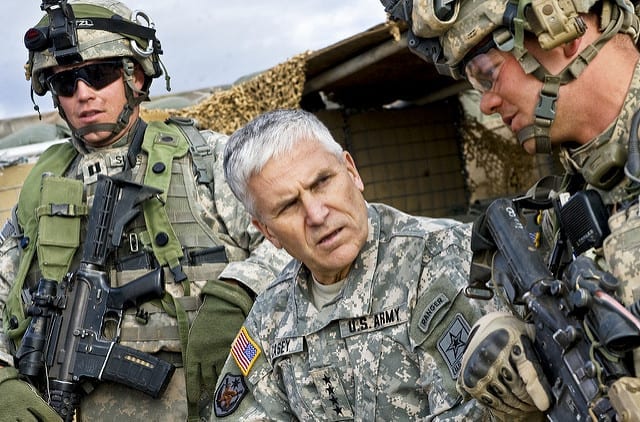 Leadership expert Simon Sinek was inspired to write a book he called Leaders Eat Last. The title was based on his conversation with a Marine Corps general. In an interview about the book, Sinek recalled asking the general, “What makes the Marine Corps so amazing?” The general responded with the three words, “Officers eat last.” Sinek explains:

If you go to a Marine Corps chow hall anywhere in the world, you will see the Marines lined up in rank order. The most senior person will be at the back of the line and the most junior person eats first. No one tells them they have to do it and it is not in any rulebook. It is because of the way they view the responsibility of leadership. We think leadership is about rank and power; they think of leadership as the responsibility for other human beings.1

Disciples and brothers James and John could have used some Marine Corps leadership training. Their self-centered request of Jesus was audacious and displayed their total lack of awareness concerning the mission of Jesus and those who would follow him. Once again, these guys weren’t getting the message. This request comes directly on the heels of these words from Jesus: “But many who are first will be last, and the last first” (Mark 10:31). Jesus could not have been clearer that the role of his followers was to be the least of all and the servant of all.2

The request of James and John was not about service; it was about ambition and jealousy. They did not want to accomplish something—they wanted to be recognized. This request was about promoting themselves and not the Lord.

These disciples were handpicked by Jesus and here they were displaying selfish ambition, afraid one would get more recognition than the other. If we see this in the lives of the apostles who walked with Christ, don’t be surprised if you see it in yourself or in other Christians. But Jesus’ path to the head of the line is being the servant of all and responding to him in obedience.

Do you think there can be such a thing as godly ambition? If so, what might it look like?

Lord, you came to serve, not to be served. You came to give and not receive. Purge me of selfish ambition and make me willing to serve others. Amen.