Life and Hope -A Parent’s Prayer

Home at last. Photo by The U.S. Army is licensed under CC By 2.0

In God’s great irony, the river that meant death and sorrow for Hebrew infants brought life and hope for Moses

His sister stood at a distance to see what would happen to him. Then Pharoah’s daughter went down to the Nile to bathe, and her attendants were walking along the riverbank. She saw the basket among the reeds and sent her female slave to get it. She opened it and saw the baby. He was crying, and she felt sorry for him. “This is one of the Hebrew babies,” she said. (Exodus 2:4–6 NIV)

One of my prayers as a parent has been that God would consistently intersect the lives of my children with people who would point them toward his will for their lives. I pray for people who can say things to them that they will hear and receive in a way they may not hear and receive from me. God has been faithful to answer this prayer over and over again. 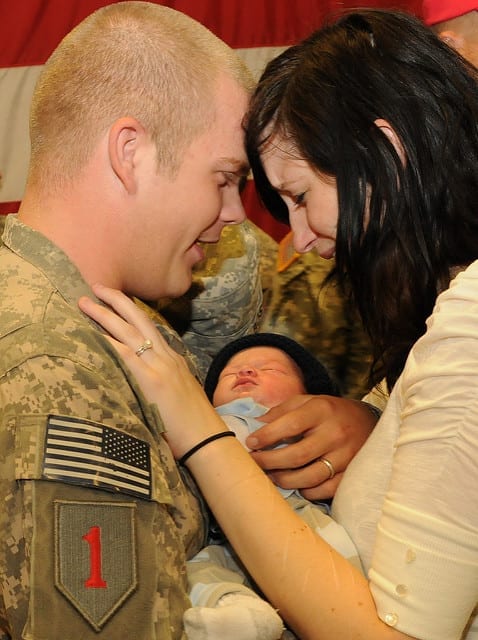 I do not know all of the divine encounters my children have experienced, but I remember one well. My son graduated from high school, and after a year of college we received a call from him with these words, “I feel like I am wasting my time and your money.” Grateful for his honesty, but concerned for his lack of focus, my husband and I began to pray in earnest for God to direct him. For over a year, he did some traveling, and then got a job doing manual labor at barely minimum wage. He worked with an older man who one day looked at him and said, “Son, do you want to be doing what I’m doing when you’re my age?” My son responded, “With all due respect, no sir.” The man said, “Then you need to get yourself back in school and start working toward a future.” Soon after this conversation, my son returned to college and today is a successful middle school principal. I smile when I think of him today. Perhaps he is the answer to another parent’s prayer as he intersects the lives of young people.

My husband’s experience as a military chaplain serving with a basic training unit convinced him that God often uses drill sergeants to get young men and women back on the right track in life. After observing many physical, mental, and spiritual transformations of new recruits, he came to the conclusion that the drill sergeants were the catalysts for change, but the agent of change in a recruit was the Spirit of God moving in response to the prayers of families and churches back home.

I do not know if Jochebed prayed that someone would intersect her son’s life, but it happened. Just as God orchestrated the events of Pharaoh’s daughter bathing in the Nile River to influence the future of Moses, I believe God orchestrated the circumstances surrounding my son’s working with a man who influenced his future. In God’s great irony, the river that meant death and sorrow for Hebrew infants brought life and hope for Moses.1 In that river, a mother’s prayer and God’s mercy intersected.

Who were some of the people who intersected your life and pointed you to Christ? Consider writing a note of gratitude to them or pray for them asking God to bless them for their investment in your life.

Lord, I pray you would place in my child’s life people who will point him/her to you. I pray your timing in divine appointments throughout the life of my child. I ask a blessing upon those people who take the time to speak life and hope to my child. Amen.