Loss of Identity - The Warrior's Journey®
Skip to content

The group came together briefly to talk about their combat experiences.  All of them were in some form of treatment for PTSD, but none of them were getting any better. 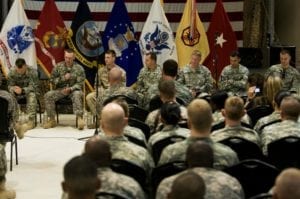 This meeting was different.  The guys and one woman had volunteered to participate in a spiritually directed group therapy aimed at uncovering the spiritual wounds of war—loss of meaning, loss of hope, guilt, grief, and shame—just to name a few.

But there was also one other wound: the loss of identity.  That’s what Jason discovered.  Up to then, he couldn’t put his finger on it.  But as the group shared, Jason suddenly realized the “thing” that was hindering his recovery.   He was suffering from a loss of identity.  That simple realization was a breakthrough.  Now he could finally move on.

Warriors experience many losses in combat.  While they may sometimes suffer the loss of life or limb or possessions, they almost always suffer intangible losses—loss of confidence, sense of control, opportunities and loss of identity.  None of these losses can be completely separated from another; and they all have one thing in common: they’re spiritual losses.  But what do we mean when we talk about the loss of identity? 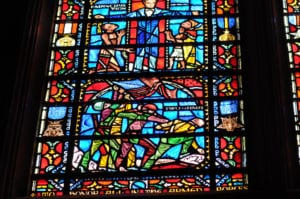 Loss of identity relates to changes in the way warriors perceive themselves and the world around them.  Their capacity to reason, to make choices, or their awareness of the world or appreciation for its beauty is drastically diminished.  Capacities for imagination or intimacy radically change.

It’s like these warriors enter a tunnel where perceptions of the world become narrowly focused.  Their view of life and themselves is distorted.  They lose touch with themselves or with their moral bearings: that is, they have extreme difficulty distinguishing between right and wrong.

Identity loss leads to social dysfunction, expressed by the inability to experience enjoyment or find interest in anything.  The problem stems from the warrior’s inability to integrate their traumatic experiences into their life, to make sense of them.

Living in the Gray 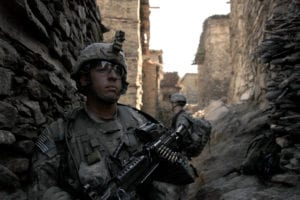 Servicemembers who suffer from identity loss feel detached from things, from the world around them, and from people they know or meet.  Some feel like they’re living in a dream world where they are observing themselves—a surreal existence where everything is distorted.  Some experience disillusionment.  Many are depressed or withdrawn.  Some even contemplate suicide.

A warrior once told me about his experience when he witnessed an IED attack on a convoy.  A vehicle took a direct hit igniting it on fire.  He watched helplessly as rescuers tried to free the trapped men inside the burning vehicle.  This warrior was unable to give assistance, and was deeply disturbed by what he was seeing and hearing.  He came away feeling responsible in some ways for what occurred, blaming himself and thinking less of himself. 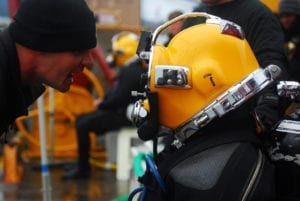 Identity loss degrades skill and competency.  Many cannot hold jobs for any length of time.  Like the warrior in this story, people like this feel like failures, they lack emotional control and social skill.  Sufferers often self-medicate or abuse alcohol to cope with their negative feelings.

But this only makes things worse. They also suffer from guilt and shame, deserved or undeserved.  Some become so devastated they feel like they’ve lost their soul.  Some even lose their will to live. What can be done for those suffering from the loss of identity?

How is that possible?  Through small group facilitated discussions, led by competent leaders in a safe environment, warriors revisit their traumas and learn to reconstruct their trauma narrative in ways that reveal the truth. 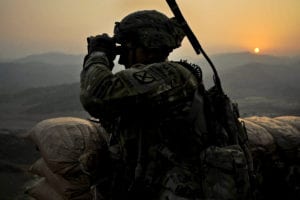 In this atmosphere, warriors confess deserved guilt and renounce false guilt or shame, coming clean about what actually happened. In this environment of truth and nonjudgmental transparency, warriors then gain a new perspective in which they discover meaning for their experience that enables them to move on from the trauma and gain a new appreciation for themselves, for others, and the world around them. 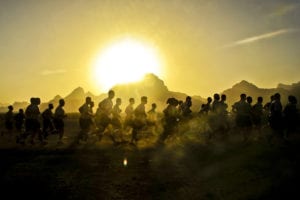 In this atmosphere, warriors confess deserved guilt and renounce false guilt or shame, coming clean about what actually happened.  In this environment of truth and nonjudgmental transparency, warriors then gain a new perspective in which they discover meaning for their experience that enables them to move on from the trauma and gain a new appreciation for themselves, for others, and the world around them.  They acquire a new identity informed by their experience as opposed to being defeated, poised to grow beyond their pain, and prepared to use their experience to help others still trapped by their own sense of identity loss.

In spiritually directed facilitation, the Scriptures are used to assist sufferers in reframing their trauma narrative.  These warriors come to realize that God is accessible, that God can cleanse them of their shame, remove their guilt, and make them whole.

The fact is, God wants a relationship with everyone, and through Christ, we have a new identity.

This identity removes the old past and makes everything new (2 Corinthians 5:17).

Here’s what God says:  “The true light, which enlightens everyone, was coming into the world.  He was in the world, and the world was made through him, yet the world did not know him.  He came to his own, and his own people did not receive him.  But to all who did receive him, who believed in his name, he gave the right to become children of God, who were born, not of blood nor of the will of the flesh nor of the will of man but of God” (John 1:9-13).  In these words, God invites all who’ve lost their identity to acquire a new identity by becoming a child of God.  But it’s only the beginning.  When we join God’s Kingdom, he also gives us a new mission with a higher calling and a greater purpose! 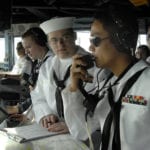 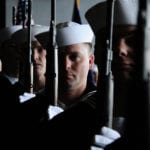 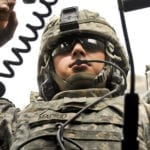