Maintaining Vision Through Trials - The Warrior's Journey®
Skip to content

Life is full of shipwrecks. You must maintain vision to get where you need to go.

The apostle Paul survived three shipwrecks in his travels. Life provides us many days of clear sailing, but we all have experienced bad weather, stormy seas and the occasional shipwreck—personally or professionally. Shipwrecks of life are survivable when we keep a clear vision of one big thing. For Paul, it was glorifying Jesus Christ in all things by being all things to all people.

In Acts 27 and 28, Paul is a prisoner in chains aboard a ship destined for Rome where he will face trial before Caesar. From the beginning, the journey was not set for success. Onboard are an overconfident sea captain, a rigid centurion and a boatload of soldiers and prisoners—276 in all. Paul’s vision was clear: go to Rome, defend the faith, and preach the gospel. When we have such a clear vision of our calling in life, it enables us to take a step back in any situation and provide a deeper perspective to those around us.

Paul’s vision allowed him to look at the prevailing conditions—ominous weather conditions, a mutinous crew, the need for all aboard to be nourished spiritually and physically, the need for survival on an island—and see what others could not see. Thus, he provided clear and influential guidance to a Roman Centurion to preserve life, and seized the opportunity to minister to a ruler and his people on the island. How did a prisoner in chains accomplish all of that?

Paul found his identity in his relationship with Jesus Christ

He was an influential leader despite his circumstances (Philippians 3).

Paul used the intelligence God had given him

He relentlessly pursued spiritual, intellectual and relational truths. He was emotionally intelligent (Acts 17:16-34).

Paul reached out to others

Paul gave all his physical strength to serving God

Numerous examples in Paul’s letters remind us of his strenuous travels, torturous imprisonments and physical ailments, yet he prevailed.

Paul’s leadership attracted and influenced others

Spiritual leaders must never lose hope or faith that they will see their vision fulfilled. 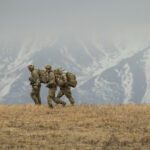 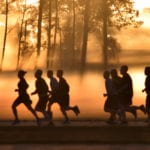 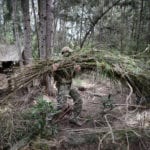