Marital Faithfulness -The Law of Attraction

Homecoming at Fort Hood. Photo by The U.S. Army is licensed under CC By 2.0

You may be incredulous at the thought of marital infidelity, but Scripture wisely tells us to be on our guard

When Abram entered Egypt, the Egyptians saw that the woman was very beautiful. And when the princes of Pharaoh saw her, they praised her to Pharaoh. And the woman was taken into Pharaoh’s house. (Genesis 12:14–15)

She had just moved to a new town. She was lonely. Her husband was busy at his new job. He was consumed with making a good first impression. She felt invisible. She felt marginalized. She felt vulnerable. A lingering look and a little attention from a stranger was all it took for marital dedication to be put to the test.

Can we say right up front that the dedication of Sarah to Abraham in Genesis 12:14–15 is above and beyond? Just for today, let’s not focus on Abraham’s outlandish request and the selfish motivation that landed her in Pharaoh’s harem and just focus on Sarah. Beautiful Sarah found herself in a precarious situation not unlike the subject of the scenario above. 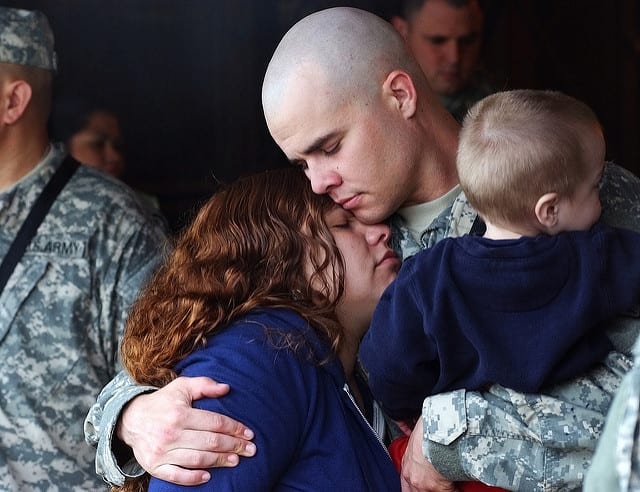 We can only speculate whether Sarah was flattered by the attraction she received from Pharaoh and his court. We can only speculate whether Sarah, if given a choice, would have been tempted to stay in Pharaoh’s household. Think about it: wandering in the desert and living in a tent versus being told you are beautiful and living in a palace. Temptation sounds pretty credible in that situation.

You can only speculate what you might do when someone other than your husband finds you attractive. Don’t laugh. It happens. Is it inevitable? No. Is it possible? Yes. Marital faithfulness is the responsibility of both husband and wife. Military wives are often faced with extended times of absence from their husbands. You may be incredulous at the thought of marital infidelity, but Scripture wisely tells us to be on our guard. “If you think you are standing firm you had better be careful that you do not fall” (1 Corinthians 10:12).

How can you be proactive in protecting your marriage? Have you and your husband ever attended a marriage conference or taken a class that focuses on God’s design for marriage? What can you do today to strengthen your marriage?

Bless my marriage, Lord, with your peace. Help us to be kind, considerate, and concerned for one another. Increase the faith my husband and I have in you. Amen.