I missed you!. Photo by US Air Force is licensed under CC By 2.0

God has a plan for you and your military family too. In every assignment, in whatever country, look for ways God wants to work in you and use you in his service.

Now when they had departed, behold, an angel of the Lord appeared to Joseph in a dream and said, “Rise, take the child and his mother, and flee to Egypt, and remain there until I tell you, for Herod is about to search for the child, to destroy him.” And he rose and took the child and his mother by night and departed to Egypt and remained there until the death of Herod. This was to fulfill what the Lord had spoken by the prophet, “Out of Egypt I called my son.” (Matthew 2:13–15)

I used to balk when my children were given the moniker Military Brat until I learned the origin of the term. It is derived from the British Army and, like so many military terms, brat refers to BRAT—an acronym that stands for British Regiment Attached Traveler. When a member of the British Army received an accompanied overseas assignment, the military issued BRAT status to the family. Over the years wives objected to the term, but the name stuck in reference to children.1

Overseas assignments can be bittersweet events for a military family. On the sweet side are the opportunities for broadening experiences. My own children became more adaptable, empathetic, supportive, and creative because they lived in other countries. On the bitter side, we spent several years far away from family, and dealt with the stressful unknown expectations that come with living in a foreign culture. 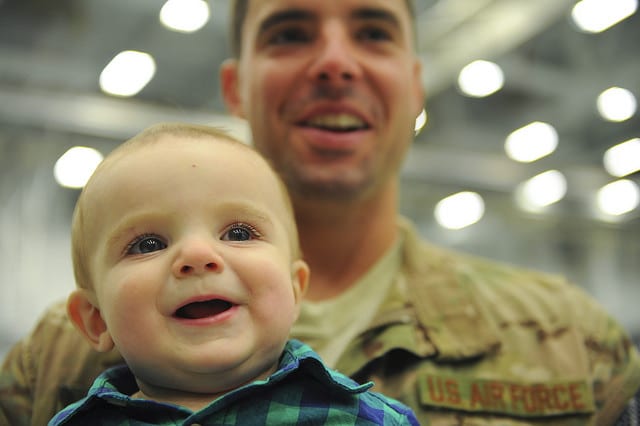 My family adjusted to life on the other side of each ocean. My husband had accompanied tours of duty in both Germany and Korea. I know what it means to drive through streets and think, “This is a nice place to visit,” only to remember it would be my home for several years. I am still not crazy about calling my children military brats, but I am grateful for the experience the military afforded our family to travel abroad as we fulfilled God’s plan for our lives.

The family of Jesus experienced their first foreign PCS when he was a young child. The move to Egypt was not to serve in the military but to save Jesus from death by Herod’s military. As with military families, they went to Egypt for a limited time and later returned to their home in Nazareth. Nevertheless, for a season, they faced cultural challenges and language barriers as they confronted the reality of living in a foreign culture.

Even though Mary and Joseph moved to a foreign country to escape an enemy threat, the move was a God ordained, blessed, and watched-over event. The PCS to Egypt was all part of God’s plan for them. Mary and Joseph may not have been able to see it at that point, but their move was a fulfillment of an Old Testament prophecy from Hosea 11:1, “When Israel was a child, I loved him, and out of Egypt I called my son.”

God has a plan for you and your military family too. In every assignment, in whatever country, look for ways God wants to work in you and use you in his service. He can take every experience and make something meaningful out of it—for your good and for his glory.

What concerns do you have about your child being a Military BRAT? What comfort do you find in knowing God’s plan for your husband’s military service includes you and your children?

Use the list of concerns you wrote about your child being a Military BRAT as your prayer prompt today.