Then his sister asked Pharaoh’s daughter, “Shall I go and get one of the Hebrew women to nurse the baby for you?” “Yes, go,” she answered. So the girl went and got the baby’s mother. Pharaoh’s daughter said to her, “Take this baby and nurse him for me, and I will pay you.” So the woman took the baby and nursed him. When the child grew older, she took him to Pharaoh’s daughter and he became her son. She named him Moses, saying, “I drew him out of the water.” (Exodus 2:7–10 NIV)

Perhaps other mothers attempted to hide their children from Pharaoh’s onslaught, but Scripture only gives us insight into the mother of Moses. Her diligent care and dangerous move resulted in great reward. Instead of turning her child over for death, Pharaoh’s daughter rescued Moses and offered Jochebed the job of nursing him. Imagine the stress Jochebed felt during the days she tried to keep Moses quiet in her home. Finally, those days were over! Now she could freely interact with her child. 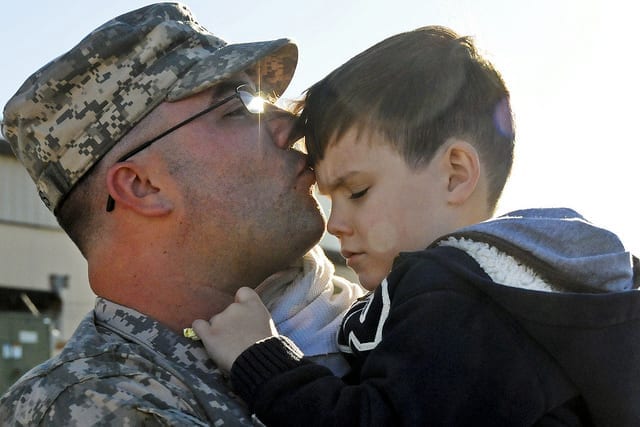 For seven years, she served as the caretaker of Moses in the house of Pharaoh. No doubt, she told Moses the stories of his Hebrew lineage and trained him in the ways of God. We do not know if she lived to see him deliver the Hebrews from bondage, but we do know her brave action set a divine plan in motion. Moses would grow up to rescue God’s people from their slavery in Egypt.

Jochebed gave her son up to another and then God gave him back to her. Symbolically we do the same when we give our children to the Lord through baptism or dedication. In our military chapel in Germany, young couples would routinely present their babies to the Lord. In addition to receiving a pink or blue Bible and a certificate from the chapel, the Chaplain would take each child into his arms, pray and anoint him/her, and then give the child back to the parents. Through this act, the parents acknowledged their inability to provide for all their child’s needs, and they put him or her into the hands of the only one who could, the Lord God Almighty.

God rewarded the trust and courage of Jochebed. Her actions spared her son from death and allowed her to remain a vital part of his life. The book of Hebrews does not list the parents of Moses by name, but their actions are listed among the heroes of faith in Hebrews 11:23, “By faith Moses, when he was born, was hidden for three months by his parents, because they saw that the child was beautiful, and they were not afraid of the king’s edict.”

Lord, help me to be a mother who lives by faith. So often, I try to maneuver situations and manipulate outcomes. Teach me how to entrust my child/children to you. Help me know you love and care for them more than I can imagine. Thank you for your great love. Amen.