Texas paratroopers jump over Fort Hood. Photo by The U.S. Army is licensed under CC By 2.0

To move forward allows God to mature you

After the reading from the Law and the Prophets, the rulers of the synagogue sent a message to them, saying, “Brothers, if you have any word of encouragement for the people, say it.” (Acts 13:15)

The assignment was a town called Antioch in Pisidia. Paul and Barnabas went to the local synagogue for worship. The leader recognized Paul and Barnabas as visitors and, according to custom, gave them an opportunity to speak.1 Paul accepted the invitation and began to talk about Jesus in the context of historical Judaism. After what was evidently an eloquent and interesting presentation, the congregation begged Paul and Barnabas to come back the next week and talk more about Jesus. 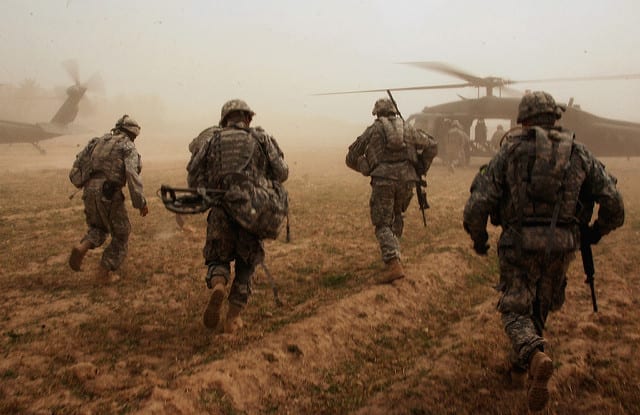 By the next week, word of mouth caused almost the whole town to show up (Acts 13:44). Then it happened. The Jews became so jealous of the crowds that they began to contradict and bad-mouth Paul (Acts 13:45). When the Jews rejected the message, Paul took the message of Jesus to the non-Jews. The Gentiles were receptive to the gospel and many became Christ-followers. The good news spread throughout the region. This got under the skin of the Jews and they stirred up the city leaders to persecute Paul and Barnabas and run them out of town (Acts 13:50).

What lessons can we learn from Paul’s experience for when we move to a new place and make an effort to get involved? First, religious people normally invite newcomers to participate in their group. But if you are more successful than those in charge, you might encounter jealousy. Third, jealousy can cause people to act rudely toward those they feel are encroaching on their territory.

Can this happen among Christians in a church or chapel? Only if humans make up the group. Even humans saved by grace can be distrustful of anything (or anyone) new. When you are the new person, get to know others before you show everyone a better way to do things. When you are the one offering welcome, be open to the gifts God has given others and practice hospitality.

Note Paul’s response: “But they shook off the dust from their feet against them and went to Iconium” (Acts 13:51). Jesus used this phrase in Matthew 10:14. The act symbolized ridding oneself of impurities picked up from walking through the land of those who would not believe.2 Sister, when you meet rejection or distrust after reaching out, don’t allow resentment, offense, or defeat to settle in your soul. Beware the “why try?” syndrome.

In her wonderful book, After the Boxes are Unpacked, my friend Susan Miller writes:

To let go allows God to mend you.

To start over allows God to mold you.

To move forward allows God to mature you.3

Paul and his team did not let rejection keep them down. They kept moving forward, joyously: “And the disciples were filled with joy and with the Holy Spirit” (Acts 13:52). Move forward in joy today, my friend!

In what ways have you let a lukewarm reception or rejection keep you from becoming involved after a PCS? Is God asking you to let go, start over, or move forward?

Lord, keep me from childish thoughts. Help me to cooperate with the process of spiritual maturity and be filled with joy today. Amen.