One Fell Swoop – Adjusting Your Timetable

Double Time. Photo by The U.S. Army is licensed under CC By 2.0

Reintegration was going to take longer than I expected, and my timetable went through a major adjustment

Therefore make a decree that these men be made to cease, and that this city be not rebuilt, until a decree is made by me. (Ezra 4:21)

After my husband’s first deployment, I had the idea that once he was home, everything would go back to business as usual. I expected him to bare his soul and tell me all about the experience. We would rid ourselves of any negative issues at the start, be on the same page, and finally move on from the months-long intrusion into our lives. In my naiveté I planned to deal with reintegration in one fell swoop. 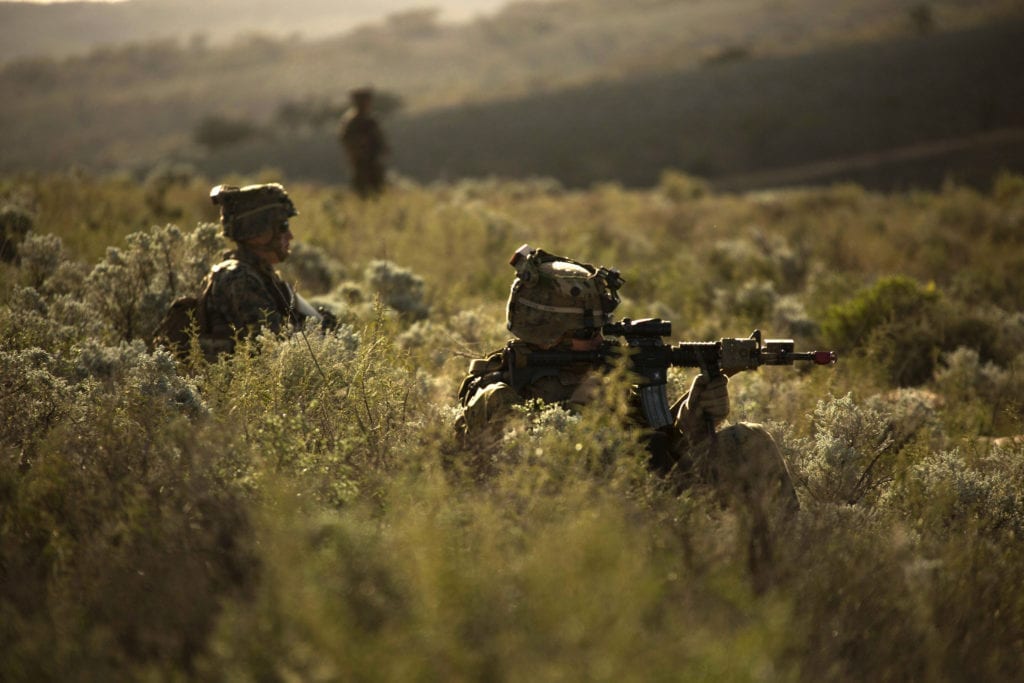 Yes, my plan was naïve, but I did not know any better. After that initial slow-motion movie moment of reunion, when we put away the flags and yellow ribbons, we met with opposition in our communication, intimacy, finances and overall re-sorting of roles. Reintegration was going to take longer than I expected, and my timetable went through a major adjustment.

My friend, Susan, has experienced more deployments than she can count. She believes reintegration is too broad a topic to label as one big task to do. She wisely refers to reintegration as many pieces in a process we must go through. The timetable for the pieces cannot be set, and will be different for the spouse as well as any children in the family.

Knowing their purpose as a nation was to reestablish worship, rebuild the temple, and reaffirm their relationship with God, the Jews in the Old Testament book of Ezra returned to their homeland. Their call was sure. Their goal was righteous. Their timetable was set. However, they did not execute the mission as simply and quickly as they thought they would. Instead of one quick action of building, issues caused the process to take longer than expected. The opposition that formed against them forced an adjustment to their timetable.

Eventually, the Jews resumed building and the work was completed. No doubt, some returning exiles abandoned hope and walked away from the rebuilding. For the discouraged, the opposition proved too great, the waiting too long and the process too hard.

God is all about completing work he starts. The New Testament book of Philippians confirms this promise, “And I am sure of this, that he who began a good work in you will bring it to completion at the day of Jesus Christ” (Philippians 1:6). Guard yourself from approaching reintegration after redeployment as a project; rather treat it as a process. Reintegration with your spouse is not something you will need to complete before you move on to other marriage issues. Progress in the process should be our goal.

What are some areas of progress you see in your marriage relationship during reintegration? What are areas in which you would like to see progress?