OP 22: Taking a Stand Against Warrior Suicide - The Warrior's Journey®
Skip to content

Night Vision. Photo by Marines is licensed under CC By 2.0

22 Warriors die from suicide a day…

We must take a stand! Too many bright men and women have been lost to us! Too many families spend the rest of their lives paying the price of our lost warriors.

OP 22 is a campaign by The Warrior’s Journey, a 501(c)(3) non-profit organization, offering warriors and their families the resources they need to battle depression and suicide. Isolation, PTS, broken relationships, the pain of separation and difficult transitions back into civilian life all contribute to the suicide crisis.

We believe finding a sense of community is the answer. Warriors coming alongside warriors to show the way forward will go farther, faster than nearly any other approach. That’s the beauty of thewarriorsjourney.org. Currently we are servicing over 7,000 military members, veterans and their families.

At The Warrior’s Journey, warriors and their families can find someone who understands, cares and who will journey with them through life’s toughest battles. We offer videos and articles, and one to one connections with other warriors that speak directly into the warrior’s soul. But we can’t do it alone!

OP 22 is your opportunity to partner with warriors who faced down depression and suicide and who discovered a way forward. They want to share their knowledge and experience with others, but they need your help. Warriors will only benefit from the site when they find it!

Your $22 monthly gift to OP 22 will allow The Warriors Journey to expand our reach, offer more resources and point warriors in the right direction.

Why Help? Consider these facts:

Warrior suicide has increased 32% since 2001, accounting for 18% of all deaths among U.S. adults according to the Veterans Administration.1 This puts warriors at a much higher risk of suicide than the rest of the American public.

The suicide rate in the military was once lower than the general population. Since the outset of the wars in Afghanistan and Iraq, warrior suicide began increasing perhaps due to the thought that America will always be at war.

The results are staggering. The Guardian newspaper reported that more American soldiers and veterans died from suicide than the combined combat losses of the Afghanistan and Iraq wars.3

According to USA Today, for several years, Fort Hood has witnessed more than one suicide each month with no end in sight.2 It isn’t just combat deployed warriors who are impacted. According to the LA Times, the rate of suicide was “…slightly higher among veterans who never deployed to Afghanistan or Iraq, suggesting that the causes extend beyond the trauma of war.”4

thewarriorsjourney.org offers credible help for warriors from warriors. The site offers reliable resources to assist warriors and their families to begin a journey toward healing from the root causes of PTS, Survivor guilt and life-controlling issues. 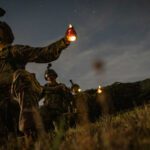 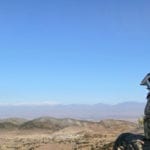 Turn To God For Help 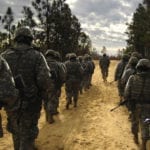