PCS Lessons with David: A Change of Course - The Warrior's Journey®
Skip to content

PCS Lessons with David: A Change of Course

Warrior's Wall. Photo by The U.S. Army is licensed under CC By 2.0

And Jesse made seven of his sons pass before Samuel. And Samuel said to Jesse, “The LORD has not chosen these.” Then Samuel said to Jesse, “Are all your sons here?” And he said, “There remains yet the youngest, but behold, he is keeping the sheep.” And Samuel said to Jesse, “Send and get him, for we will not sit down till he comes here.” And he sent out and brought him in. Now he was ruddy and had beautiful eyes and was handsome. And the LORD said, “Arise, anoint him, for this is he.” Then Samuel took the horn of oil and anointed him in the midst of his brothers. And the Spirit of the LORD rushed upon David from that day forward. And Samuel rose up and went to Ramah. (1 Samuel 16:10–13)

The day the prophet Samuel knocked on the door of Jesse’s home changed David’s life forever. God had sent Samuel to recruit the one he had chosen to be Israel’s next king. Instead of a signature on an official form, Samuel sealed the deal by pouring oil on David’s head. The anointing of oil carried a contractual or covenantal significance between God and David.1

As with David, the day your husband signed his name on Uncle Sam’s dotted line changed the course of his life—and yours. God used a prophet with David, but the Lord can just as easily use a military recruiter to set you on a new path.

God used a prophet with David, but the Lord can just as easily use a military recruiter to set you on a new path

It is probable that with the oil still dripping from his chin, David began to mentally and spiritually pack his bags for the inevitable first move. Recruiters say, “Join the military and see the world.” The world is a big place. After your husband raised his right hand, and before the movers knocked on your door, the important question was, “Where are we going first?” 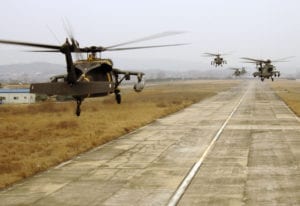 The verbal picture the recruiter painted of your first assignment location likely looked different from what was printed in black and white on the contract above your husband’s signature. David probably asked himself some of the same questions you did. After all, Samuel anointed David to be king when he was still too young to enlist in the military, and he did not become king until he was thirty years old.2 David, and eventually his family, made multiple moves before he unpacked his bags in the palace.

Sister, God authorized each step of David’s journey from unnoticed shepherd boy to king. He was at work in all the awkward situations and moves in which David found himself. When Samuel anointed him, David might not have anticipated that packing up and moving, at times with very short notice, would be a necessary aspect of serving as king.

For military families, even though PCS includes the provision of professional packers, the preparation for a PCS move can be awkward and trying. Yes, I heard you shout, “Amen!” This week we will look at a few of David’s PCS moves. Perhaps we will learn something that will help us navigate our own PCS process.

What does 1 Samuel 16:7 tell you about how God views you? What are some of the things PCS season reveals about your concerns and desires?

Lord, guide me today in the way I should go. May my words and actions be pleasing to you as I walk through this day. Give me grace to triumph in any awkward and trying moment. Amen.