Persecuting Saul—Ambushed on the Road to Damascus

Down by the River. Photo by Marines is licensed under CC By 2.0

Now as he went on his way, he approached Damascus, and suddenly a light from heaven shone around him. And falling to the ground he heard a voice saying to him, “Saul, Saul, why are you persecuting me?” And he said, “Who are you, Lord?” And he said, “I am Jesus, whom you are persecuting. But rise and enter the city, and you will be told what you are to do.” (Acts 9:3–6)

A young military wife deplaned from the transatlantic flight and made her way through customs in Frankfurt Airport with her E4 chaplain-assistant husband and their two young children. Though tired from a restless overnight flight, they were eager to see their new home for the next three years. Her husband was to sign into the replacement center and then they would board the bus for the last leg of their long trip, to the German town of Wurzburg. She spotted him first—a man in uniform holding a sign with her husband’s name. As they came closer, she recognized the familiar chaplain’s cross insignia, but this was not the chaplain for whom her husband was to be working. 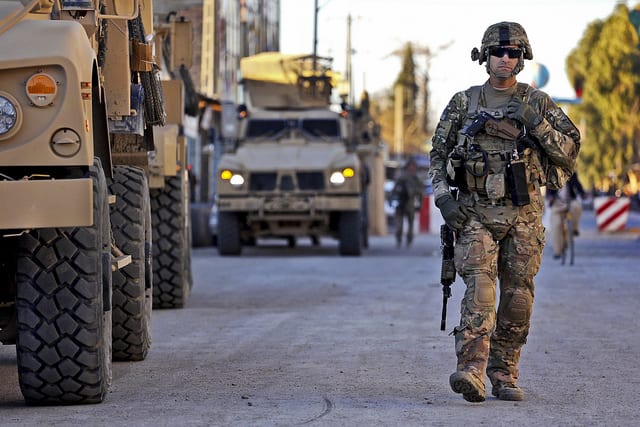 This chaplain had received approval to redirect the E4 and his family—if he could reach him at the airport before he signed in. After introducing himself, he announced that the young family would not be going to Wurzburg but to Wiesbaden. Wurzburg was east of Frankfurt. Wiesbaden was west of Frankfurt. Their welcome packet had prepared them for Wurzburg. Their household goods were going to Wurzburg. They knew nothing about Wiesbaden. Their journey to their new home had just taken a 180-degree turn in the opposite direction.

The military can surprise you with abrupt transitions, even in the midst of a change of station. The Lord used a similar tactic to redirect Saul, who would become known by his Greek name, Paul, in the middle of his journey from Jerusalem to Damascus. Saul thought he was doing the right thing in the eyes of God by tracking down and persecuting all the Jews who had become Christ-followers. I would love to have seen the look on his face as that bright light sent him to the ground. He heard the voice of Jesus redirecting his life with a 180-degree turn. In the dust on the road between cities, God began the transition in Saul’s life from persecuting anyone following the dead teacher Jesus, to preaching the good news of the risen Savior, Jesus the Lord.

God can begin a spiritual transition in us at a time and in a way that we may least expect. In the middle of a move, after we have pulled up roots, before we have settled, the Lord may ambush you to begin something new or different within you.

By the way, the E4 Specialist and his family left Germany three years later as E6 Staff Sergeant and family. For many years afterward, the couple said that the best thing that happened in their military life was a chaplain ambushing them at Frankfurt airport. No doubt, Saul would say the same of his ambush on the road to Damascus.

What circumstances or times of military transition such as deployment, PCS, temporary duty, or promotion have facilitated a heart transition in you?

Lord, with each new day give me a heart to know you and serve you more than I did the day before. Change my direction if I go the wrong way. Set my feet on the sure path of your will. Amen.