Peter—A Man in Transition - The Warrior's Journey®
Skip to content

…to thrive in transition we must not freeze in fear of potential outcomes. Acknowledging fear is the first step in moving forward courageously

At Caesarea there was a man named Cornelius, a centurion of what was known as the Italian Cohort, a devout man who feared God with all his household, gave alms generously to the people, and prayed continually to God. About the ninth hour of the day he saw clearly in a vision an angel of God come in and say to him, “Cornelius.” And he stared at him in terror and said, “What is it, Lord?” And he said to him, “Your prayers and your alms have ascended as a memorial before God. And now send men to Joppa and bring one Simon who is called Peter. He is lodging with one Simon, a tanner, whose house is by the sea.” When the angel who spoke to him had departed, he called two of his servants and a devout soldier from among those who attended him, and having related everything to them, he sent them to Joppa. (Acts 10:1–8)

What words come to mind when you think of transition? The common response is change, but these are not necessarily the same. In the book Transitions William H. Bridges suggests that change is an event while transition is a process. It’s a valuable distinction. I see change as the events that occur in my life and transition as the process of adapting to those changes.

In today’s reading, God is getting ready to make a big change in kingdom citizenship. Up to this point only believing Jews made up the church. The expectation for joining the Christ-followers was to commit to observe Jewish law in addition to following Christ. But change was coming. Gentiles would be welcomed without needing to follow Jewish rituals. Peter and the other believers would need to go through a major transition. 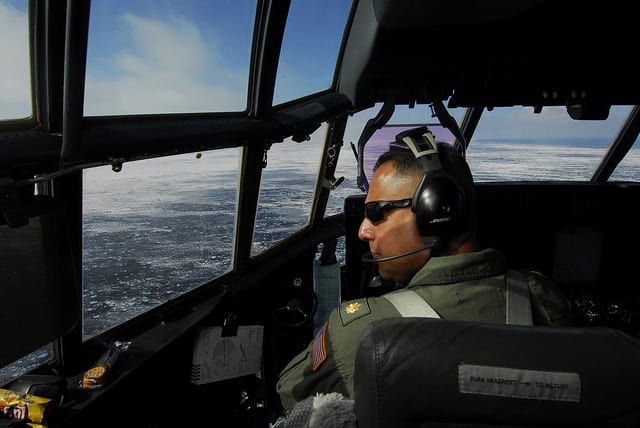 Peter was not ready for this, but change happens whether we want it or not: a PCS, a deployment, a new job, a new child, retirement. Our willing participation predicts how well we will transition—adjust emotionally and mentally to the change. I desire to thrive in transition, but my path from functioning to thriving is filled with potholes, curves, detours, and at times, complete standstills.

Tough transitions are not for the faint of heart. God picked the right person to walk with Peter on this journey. Cornelius was a soldier, a centurion in command of a hundred men, a Gentile. Did you get that? The man God picked to transition Peter through a big church change was a soldier—not a teacher, not a doctor, but a soldier. The first Gentile Christ-follower. Awesome!

God sent an angel instructing Cornelius to summon Peter. His response was to stare in terror! Do you blame him? He had faced battles, but this heavenly being was intimidating. And the angel’s message gave no indication of the outcome if he obeyed.1

Fear is a natural response to the unknowns that accompany transition, to all that we cannot control or predict, especially regarding the welfare of our family. But to thrive in transition we must not freeze in fear of potential outcomes. Acknowledging fear is the first step in moving forward courageously.

What fears have you experienced in transition? What is outside your control now? Write your fears in a journal. Make them a prayer guide on your journey toward accepting change.

Lord, you have not given me a spirit of fear but of power and love and a sound mind (2 Timothy 1:7). Help me walk through transition with peace that only comes as I trust in you. I lay these fears before you and ask you to help me overcome them today. Amen.