As she continued praying before the Lord, Eli observed her mouth. Hannah was speaking in her heart; only her lips moved, and her voice was not heard. Therefore Eli took her to be a drunken woman. And Eli said to her, “How long will you go on being drunk? Put your wine away from you.” But Hannah answered, “No, my lord, I am a woman troubled in spirit. I have drunk neither wine nor strong drink, but I have been pouring out my soul before the Lord. Do not regard your servant as a worthless woman, for all along I have been speaking out of my great anxiety and vexation.”  (1 Samuel 1:12–16) 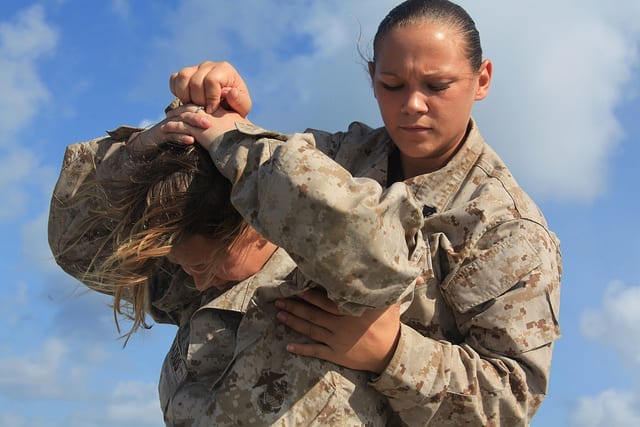 Let’s revisit that prayer meeting in the temple. While she was praying, Hannah caught the eye of Eli, the priest. As Eli watched her, he thought she was drunk. However, Hannah was not pouring out drinks to abate her sorrow, she was pouring out her soul to God in prayer.1 Now comes one of my favorite scenes: Eli confronted Hannah with his assumption of drunkenness. She did not make excuses for her actions, nor did she lower her head in shame or embarrassment for being mistakenly deemed drunk. Instead, she honestly stated her situation and then made this powerful statement: “Do not regard your servant as a worthless woman.” Such boldness is not what I would expect from a woman who has been told she is worthless on a regular basis.

I have not experienced the desperation of barrenness or the incessant taunting of mean girls. My desperation has come from my own negative self-talk and the lies I willingly believed about myself and my ability to parent. The messages: “You are going to ruin your child … you are a terrible mother” have often reverberated in my mind. If I had been Hannah that day in the temple, I would have looked at Eli and said, “Yes, I am a worthless woman.”

Thank God, Hannah did not let her situation define her. Instead, she looked to God and held on to him in her time of sorrow. She found her worth in God. Take the time to read 1 Samuel 2 and be inspired by the words of Hannah’s prayer. She is the first and only woman in the Bible to speak a prayer and have it quoted in Scripture for us to read.2 Her prayer is one of a woman who knows God’s strength and power firsthand. She is one who persisted in prayer when it looked like nothing would change her condition.

God used Hannah to birth one of Israel’s godliest prophets. Her son Samuel would anoint and mentor Israel’s first kings.3 God delights in birthing greatness from the womb of despair. Only God knows the true value of an eternal soul. Even those who others assume as worthless, from a human estimation, God has validated worthy by sending his Son to redeem them. In God’s evaluation, they are priceless!

Read Hannah’s prayer in 1 Samuel 2:1–10 and list what you learn about Hannah’s belief in God.

Lord, I praise you with the words of Hannah: “There is none holy like the LORD; for there is none besides you; there is no rock like [my] God!” (1 Samuel 2:2). Because of Jesus, you call me worthy. I stand forever grateful. Amen.