Senior leaders aboard USS Paul Hamilton judge dishes prepared for a cooking competition.. Photo by U.S. Navy is licensed under CC By 2.0

As Christ-followers we touch society, friends, and family with the goal of preserving all that is good and righteous

“Salt is good, but if the salt has lost its saltiness, how will you make it salty again? Have salt in yourselves, and be at peace with one another.” (Mark 9:50)

The use of salt to preserve food used to be a necessity. The process can be traced back as far as Ancient Egypt. The most common techniques were dry-salting, in which meat or fish were buried in granular salt, or brine-curing, in which meat was soaked in strong salt water.1

Even the best techniques of preserving with salt can’t compare with the preserving power found in the military MRE (Meals Ready to Eat). My Soldier husband still remembers the first time he ate food that was ten years old. To this day he is not sure it was a good idea to eat something with an unspecified shelf life. 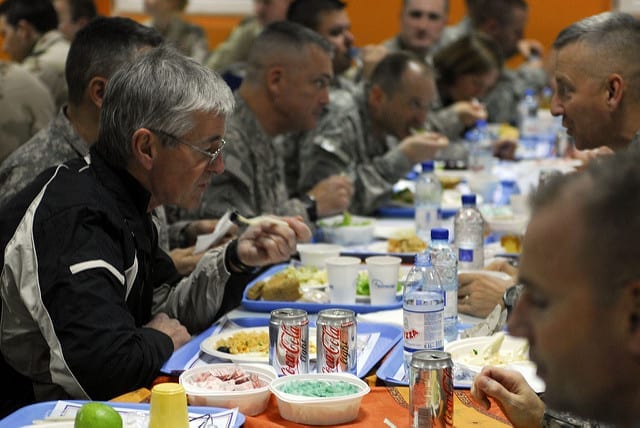 The words found in Mark 9:50 are a small portion of the traveling training session Jesus had with his disciples on the road. The theme for that day’s lesson could have been: “The Necessity of Salt.” As disciples on mission for Christ, they were to influence society for good, just as salt is used to preserve and enhance the flavor of food.2 Salt is recognized by its taste, and disciples who do not show the character of Christ are as useless as salt that has no flavor.3

Like salt preserving food in a hot climate, we want to preserve what is true and righteous in a decaying world.4 That means standing up for what is right, promoting good causes, defending those who are weak and voiceless, helping those who cannot help themselves, and standing against those who would abuse and hurt others.

Salt also makes people thirsty. We want to make people thirsty for Christ by the way we show his love and forgiveness to one another. In Jesus’ day, people also thought of salt as a symbol of wisdom or pleasing speech, critical for building good relationships.5

Jesus told his followers, “You are the salt of the earth” (Matthew 5:13). As Christ-followers we touch society, friends, and family with the goal of preserving all that is good and righteous. We don’t do so with a stinging harshness, but with the wisdom of God, the compassion of Jesus, and healing words as prompted by the Holy Spirit.

How’s your saltiness? Is there anything that keeps your life from making others thirsty? Are there relationships that need to be healed in order to carry out the Lord’s instruction to be at peace with one another?

Lord, don’t let me lose my saltiness. Make me an agent of your preserving and healing power today. Amen.