A Rocking Chair or Giants?- Reaching Goals - The Warrior's Journey®
Skip to content

best ranger competition. Photo by The U.S. Army is licensed under CC By 2.0

The military encourages setting goals and finding ways to reach those goals. Military retirement means leaving the uniform behind while taking the can-do spirit with you

“So now give me this hill country of which the LORD spoke on that day, for you heard on that day how the Anakim were there, with great fortified cities. It may be that the LORD will be with me, and I shall drive them out just as the LORD said.” (Joshua 14:12) 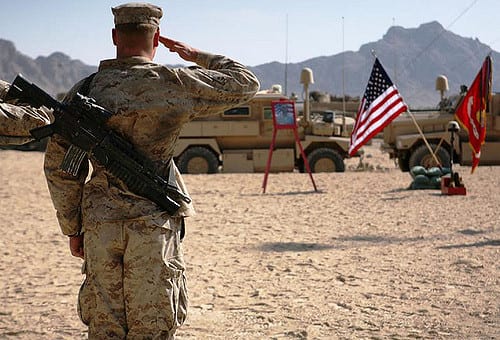 What do you see when you transition to retirement? A rocking chair on the back porch or a huge challenge filled with giant obstacles? If anyone had the right to ask for a rocking chair, it was Caleb. If the parents of those around Caleb now had listened to him when they left Egypt, they all could have enjoyed the good life in Canaan. As a reward for trying to do what was right, Caleb had to travel through the desert for forty years while he watched his peers depart the earth. Yes, if anyone could have said, “I deserve to take it easy now,” it was Caleb.1

But Caleb did not ask for a rocking chair. He asked for the hill country where Hebron was located. Before he could enjoy his mountain retreat, Caleb would have to defeat the Anakim—also known as GIANTS—who lived in fortified cities. It would be difficult enough to tackle the task of conquering a fortified city, located on high ground, using swords and spears. Add giants to the mix and you intensify the challenge! Caleb entered this life transition by setting the bar of success exceptionally high.

Our communities need retiring military families to set high bars for success in civilian life. A friend of mine recently retired from the military to accept a position as a middle school teacher. Talk about a challenge! Another person I know enrolled in a graduate degree program to better equip herself to help others. Second-career military retirees are found everywhere in our society from local pulpits to state legislatures. Any profession that needs a person to step up and lead the way is ideal for someone who has made a career of stepping up as military families have done.

Military retirement is not just a retirement from the military; it can also be a transition to the next phase of life. The day may come when getting all the way to the back porch to sit in a rocking chair is about all you are capable of doing. Until then, set high goals for the next phase of your life. Do not let giant obstacles and fortified barriers discourage you from reaching for the heights.

How has military life helped you set and reach goals? What goals do you have for life after military retirement?

Lord, as I look to the future, help me make goals that align with your will and purpose for my life. Amen.