Roles of A Military Wife- Who’s on first? - The Warrior's Journey®
Skip to content

Roles of A Military Wife- Who’s on first?

MadisonCTMemorialDayParade2010. Photo by The U.S. Army is licensed under CC By 2.0

Greet Prisca and Aquila, my fellow workers in Christ Jesus, who risked their necks for my life, to whom not only I give thanks but all the churches of the Gentiles give thanks as well. (Romans 16:3–4)

The other night my husband and I watched a snippet of the famous Abbott and Costello comedy routine, “Who’s on First?” The attempt to explain the lineup of a baseball team and the confusion that follows is both hilarious and frustrating. It reminded me of the confusion and frustration that can come in marriage as we navigate and negotiate “who’s on first?” 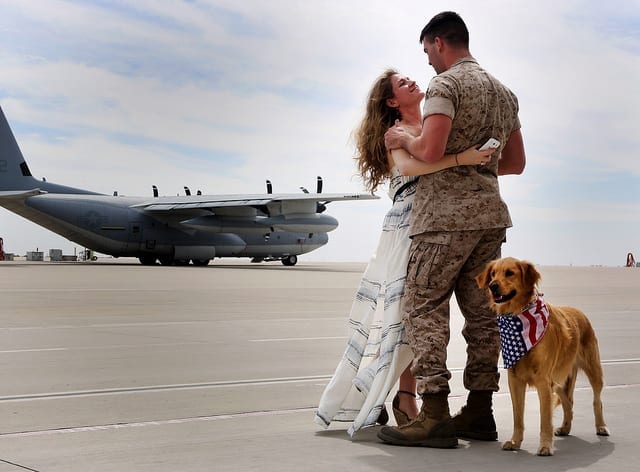 Have you noticed as you read the Scripture references for Priscilla (or Prisca)1 and Aquila that sometimes an author lists Priscilla first, and other times Aquila is first? A woman’s name preceding a man was unusual for New Testament times. Scholars have suggested several reasons for this unconventional listing. Perhaps Priscilla’s social standing or family wealth was greater than that of her husband. Perhaps she became a Christian before her husband. Perhaps she was the more intellectual of the two, or the more energetic in ministry and service.2 The explanations are speculative, but scholars agree the alternate listings are not an accident. Whatever the reason, the alternating order indicates their teamwork.3 Based on the way this couple operated, we can surmise that sometimes Priscilla took the lead and sometimes Aquila took the lead in their work and ministry.

It is common to hear about military wives lamenting their lack of independence, status, and identity. Priscilla was not a military wife, but her society expected her to find status and identity through her husband. Yet the Bible references her first in four of the six listings of their names. How significant! I venture to guess she did not lobby for first listing. She and her husband worked as a team. She did not allow cultural expectations to keep her from fulfilling her call as a wife, career woman, and leader in the church. And Aquila was clearly on board with that line of thinking.

She did not allow cultural expectations to keep her from fulfilling her call as a wife, career woman, and leader in the church

Sisters, do not listen to naysayers who downplay your contribution because you are a military wife. Priscilla did not let any expectations or criticism stop her from fulfilling her God-ordained roles. She worked hard running a business with her husband. She actively labored to establish the early church. She taught and mentored others in their faith. She and her husband launched a church in their home. Along with her husband, she risked her life to protect the apostle Paul when enemies threatened his life. This woman did not let being a woman stop her from living her life fully. It did not matter who was on first; it mattered that she and Aquila knew they were on the same team.

What roles are you fulfilling at this time in your life (wife, mother, daughter, employee, volunteer, teacher, other)? Are any of your roles taking away from partnership and teamwork with your husband? If so, what do you need to do to realign your roles to strengthen your marriage?

Lord, help me to fulfill the roles you have for me as a woman. Help me to understand my value to you and to my husband. Help me do my part to make my marriage a testimony of your grace. Amen.