Ruth and the Elephant in the Room- Promotion and Difficulty

Sailors of the Year stand at attention before their meritorious advancement to chief petty officer. Photo by U.S. Navy is licensed under CC By 2.0

Non-selection for a promotion, a frightening diagnosis, a soured relationship—whatever the difficulty, we can feel awkward and not know what to say

And [Naomi] said, “See, your sister-in-law has gone back to her people and to her gods; return after your sister-in-law.” But Ruth said, “Do not urge me to leave you or to return from following you. For where you go I will go, and where you lodge I will lodge. Your people shall be my people, and your God my God. Where you die I will die, and there will I be buried. May the LORD do so to me and more also if anything but death parts me from you.” And when Naomi saw that she was determined to go with her, she said no more. (Ruth 1:15–18)

The elephant in the room (or on Facebook) after the publication of a military promotion list is who made the list and who did not. The easiest phone call to make is to congratulate a friend on their husband’s selection for promotion. The hardest, and one we often put off, is to the friend whose husband did not read his name on the list. Why do we tend to avoid interaction with those who have received potentially devastating news? Non-selection for a promotion, a frightening diagnosis, a soured relationship—whatever the difficulty, we can feel awkward and not know what to say. We do not want to say something to make the situation worse, so too often we do not say anything.

Naomi decided that no one needed to be around her in her disappointment. She told her daughters-in-law to leave. She would face misery alone. This would be her solitary misfortune.1 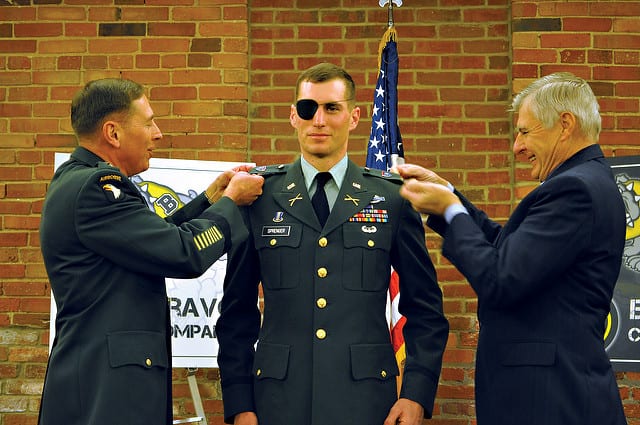 Then there was Ruth. Determined could have been her middle name. Naomi argued logically and emphatically why Ruth should leave. Staying meant subjecting herself to Naomi’s doom and despair.2 But Ruth’s affirming words halted further discussion. That girl was not leaving Naomi, and her choice changed the trajectory of both their lives. Ruth did not have all the right answers or have the ability to make things okay again. But unexpected tragedy brought an unexpected response from her. Something in her made her want to be by Naomi’s side, regardless of the future. In a time of grief and confusion, Ruth pledged her companionship. She promised to continue the journey with Naomi, accept Naomi’s people, worship Naomi’s God, and end her days in the same place as Naomi.

From the perspective of the person dealing with unexpected transition like Naomi, even though we may want to deal with sorrow alone, we need not push others away. Appreciate the person who does not try to fix what is wrong, but who is willing to offer presence and support. From the perspective of the person who wants to help, like Ruth, affirm your commitment and find a way to reach out without invading privacy. In the hardest times of my life, I do not remember words said, but I remember people who were with me.

Ruth became the link to the restoration of Naomi’s life. You never know when you may be the key link for another by standing with them during a challenging season.

How has the presence of another person helped you during a difficult or traumatic event? How tough is it for you to accept help during such times?

Lord, help me be a loyal and supportive presence when friends and family go through difficult transitions. Help me to be willing to accept help during my own times of struggle. Thank you that you are an ever-present help in time of need. Amen.