He Sees us in our Struggle

And he saw that they were making headway painfully, for the wind was against them. And about the fourth watch of the night he came to them, walking on the sea. He meant to pass by them, but when they saw him walking on the sea they thought it was a ghost, and cried out, for they all saw him and were terrified. But immediately he spoke to them and said, “Take heart; it is I. Do not be afraid.” (Mark 6:48–50)

This morning I had a phone chat with a friend who lives in Seattle. She and her husband have taken up kayaking on the beautiful waters that surround that area. Most of the time they use individual kayaks and go out on a lake, but recently they decided to tandem kayak on Puget Sound. She described the lake waters as smooth and easy to maneuver. By contrast, rowing in the Sound was hard. They fought against the current in their attempt to row in sync and make headway. She said she could focus on nothing else but the struggle. 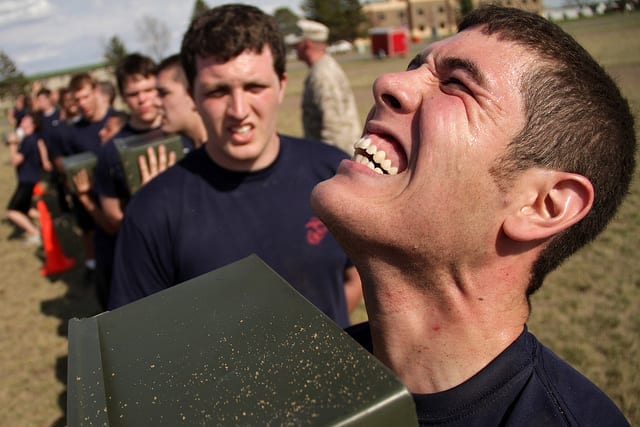 Struggles are like that, aren’t they? My friend was struggling with water currents, but I could relate all she said to the struggles of life. It’s easy to only focus on the struggle and thwart any forward movement. We move through the day with difficulty as if we are pushing against an emotional or situational current.

Just before today’s Scripture passage, Jesus sent the disciples out into a boat to go ahead of him to the other side of the lake while he went off by himself to pray (Mark 6:45–52). Their encounter with the water was much like my friend described. They strained and struggled to make any headway in the challenging water.

Friends, the Lord sees us in our struggle. He saw the disciples and he came to them and spoke words of comfort and revelation, “Take heart; It is I. Do not be afraid.”

What does this story reveal about the participation of Jesus in our struggles?

Lord, help me not look so much for relief in the midst of struggle as to see you and your power working in my life. Amen.