Evacuation Training. Photo by The U.S. Army is licensed under CC By 2.0

Selfless service is an act performed without any expectation of reward

And the king of Sodom said to Abram, “Give me the persons, but take the goods for yourself.” But Abram said to the king of Sodom, “I have lifted my hand to the Lord, God Most High, Possessor of heaven and earth, that I would not take a thread or a sandal strap or anything that is yours, lest you should say, ‘I have made Abram rich.’ I will take nothing but what the young men have eaten, and the share of the men who went with me.” (Genesis 14:21–24a) 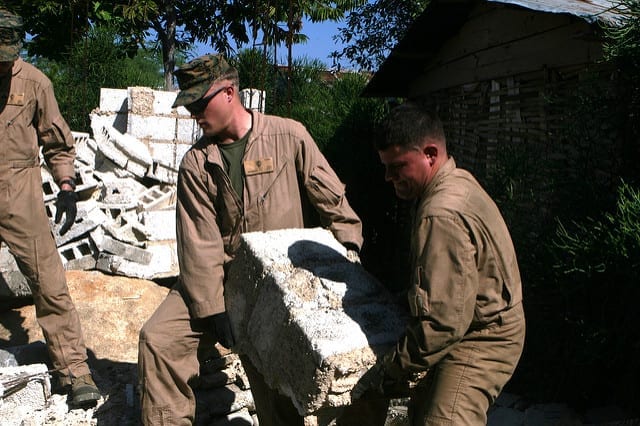 I read a story in 2013 about a young Army specialist’s wife who inadvertently became the leader of her Family Readiness Group (FRG) when the commander’s wife was not interested in the job. The young woman worked hard to make the FRG a support for other military spouses in the unit. The challenge came when a new commander came in—and his wife was interested in leading the FRG. Great potential for drama!

Selfless service is an act performed without any expectation of reward. It is the type of service that Abraham exhibited following the victorious battle in Genesis 14. The king of Sodom offered Abraham a portion of the spoils of war. Abraham had every right to take the plunder, but he chose not to accept the offer in order to remain above reproach in the eyes of his Canaanite neighbors. He surrendered his rights and refused personal gain in order to keep God’s name untarnished.

What is your motivation for service? Would you continue to serve in an area even if you were not recognized?

Lord, I want to live a life that points others to you. Help me never tarnish your name by my words, attitudes, or actions. Amen.