Sharing Your Faith- A Traveling Testimony

Marines work with aid workers. Photo by Marines is licensed under CC By 2.0

Each assignment holds unique opportunities to share your faith

When they had gone through the whole island as far as Paphos, they came upon a certain magician, a Jewish false prophet named Bar-Jesus. He was with the proconsul, Sergius Paulus, a man of intelligence, who summoned Barnabas and Saul and sought to hear the word of God. But Elymas the magician (for that is the meaning of his name) opposed them, seeking to turn the proconsul away from the faith. But Saul, who was also called Paul, filled with the Holy Spirit, looked intently at him and said, “You son of the devil, you enemy of all righteousness, full of all deceit and villainy, will you not stop making crooked the straight paths of the Lord? And now, behold, the hand of the Lord is upon you, and you will be blind and unable to see the sun for a time.”

Immediately mist and darkness fell upon him, and he went about seeking people to lead him by the hand. Then the proconsul believed, when he saw what had occurred, for he was astonished at the teaching of the Lord. (Acts 13:6–12) 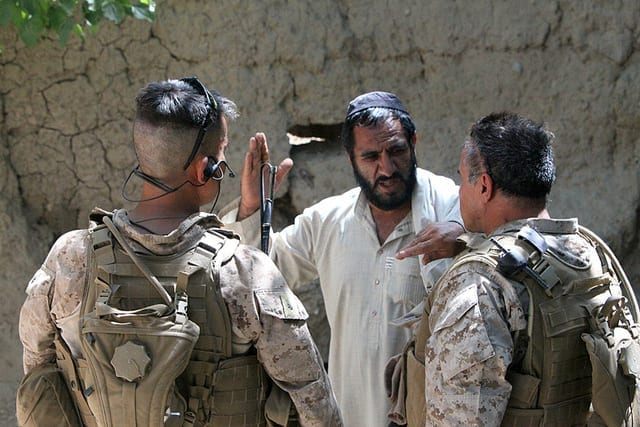 Every major U.S. military headquarters has a mission to engage with military leaders from other nations. When units are stationed OCONUS (Outside the Continental United States), American units commonly have a connection with a sister unit from the host nation. In addition to the formal military and political discussions between the organizations, informal exchanges, and sharing take place covering social customs, sports—and religion.

Paul, Barnabas, and a team journeyed to Cyprus, an island a bit smaller than Connecticut. In the city of Paphos, they met Sergius Paulus, the Roman official over the province. The Scripture states that he was an intelligent man and wanted to hear Paul and Barnabas talk about the Word of God.

We have lived in a few places where my husband had the opportunity to talk about faith with other military personnel. During one foreign exchange training exercise, a Muslim officer sought out my husband at a social outing and spent several hours in discussion about my husband’s faith in Christ. One neighbor in Germany declared herself an agnostic, yet she had many questions about my faith and gave me the opportunity to share my story. In Korea, I had many invitations to talk with Korean women, most of whom were Buddhists, about American culture, which, for me, included my faith in Christ. Each assignment holds unique opportunities to share your faith—not in what is called cold-turkey Bible-banging, but in conversation with those, like Sergius Paulus, who have a genuine interest in the faith they see in you.

We don’t know the degree of Sergius Paulus’s belief.1 Likewise, we may never know the level of our life’s influence on others, but we can be confident that the Spirit can use our words and testimony to facilitate an eternal change in someone’s life.

Have you had an opportunity to share your experience with Jesus? Describe the moment. If you have never shared your testimony, write it down in your journal so you will be ready when the opportunity comes. You can find a worksheet to help you at: cru.org/train-and-grow/how-to-tell-your-story-worksheet.html

Lord, open a door for me to declare the mystery of Christ. You’ve brought me to this place to be a light for you. Give me clarity to share the story of my salvation. Amen.