And as soon as he came near the camp and saw the calf and the dancing, Moses’ anger burned hot, and he threw the tablets out of his hands and broke them at the foot of the mountain. (Exodus 32:19)

The LORD said to Moses, “Cut for yourself two tablets of stone like the first, and I will write on the tablets the words that were on the first tablets, which you broke.” (Exodus 34:1)

Doors slam. Fists pound. Hands slap. Voices rise. These are signs and symptoms of anger. Anger can cause an object, or even a relationship, to be smashed or destroyed. A popular blog site for military wives featured a post on “The Angry Stage of Deployment.” The writer describes it this way: 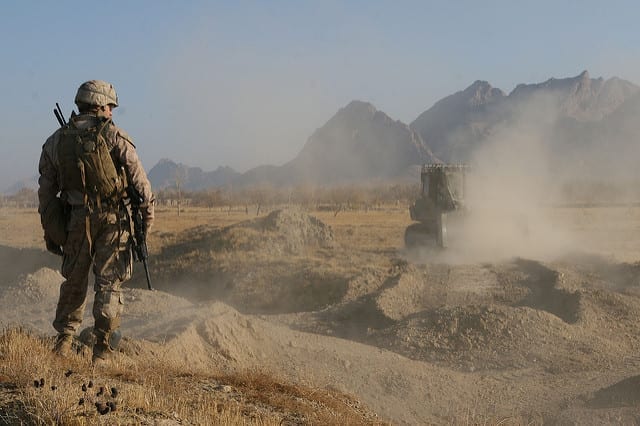 You know the time: probably at least a few months in, more likely somewhere past the halfway point, where your previously optimistic attitude deserts you and you are just mad. Mad at the military, mad at your spouse, mad at the whole situation.1

The comments generated from military spouses show how common an emotion anger is during deployment. The ever-present concern is not to do damage to anything or anyone in anger.

Moses was trusted with the Ten Commandments, written by the finger of God. What did Moses do in anger? He smashed the tablets! He was provoked by the sins the Israelites had committed in his absence. He could have put the tablets down and dealt with the sin calmly; but no, he got angry and smashed them. He destroyed what was holy, sacred, and given by God.

Sometimes we too succumb to the powerful emotion of anger. We smash precious relationships, throw down God-given parental oversight, or foolishly cause financial damage. Sometimes the damage can be overcome; but in other cases it is permanent. When the dust settles, what do you do with your broken tablets?

God says, “Cut out two more like the first.” In his mercy and grace, God gives us a do-over and writes with his divine touch. God can make the second just as divine as the first. But a divine do-over is not without effort. God did not cut the stones. Moses had to cut them and carry them back up the mountain. God then used his divine finger to make them holy once more.

We do what God requires after we smash something in anger, but it is God’s grace that allows us to be part of the do-over to restore and redeem what we damaged, or who we hurt.

Even though they were the Ten Commandments do-over, the words upon the stones still influenced not just Israel but the world from that day forward. What can God do with things you feel you have smashed? Do not limit God’s transforming and redemptive grace. It is there especially for you.

How do you respond when you are angry? What does this passage teach you about dealing with anger?

Thank you, Lord, for the promise of a do-over, the promise that you will redeem what I have damaged in my anger. Repair damage I have done to others, and help me to speak words of health and healing. Bring restoration and peace to my relationships and grant me the gifts of patience and kindness. Amen.