A Sailor stands lookout at sea.. Photo by U.S. Navy is licensed under CC By 2.0

My discontent and worry propel me forward in anticipation, or backward in longing

“All the king’s servants and the people of the king’s provinces know that if any man or woman goes to the king inside the inner court without being called, there is but one law—to be put to death, except the one to whom the king holds out the golden scepter so that he may live. But as for me, I have not been called to come in to the king these thirty days.” And they told Mordecai what Esther had said. Then Mordecai told them to reply to Esther, “Do not think to yourself that in the king’s palace you will escape any more than all the other Jews. For if you keep silent at this time, relief and deliverance will rise for the Jews from another place, but you and your father’s house will perish. And who knows whether you have not come to the kingdom for such a time as this?”

Then Esther told them to reply to Mordecai, “Go, gather all the Jews to be found in Susa, and hold a fast on my behalf, and do not eat or drink for three days, night or day. I and my young women will also fast as you do. Then I will go to the king, though it is against the law, and if I perish, I perish.” (Esther 4:11–16)

Do you notice how we often anticipate one calendar season only to tire of it quickly and pine for the next? I looked at the calendar this morning and saw in black and white that a new season is fast approaching. Crisp, cool days of autumn will soon replace the sticky hot days of summer. Why does it seem like summer is always on speed dial? Unlike retail stores that already display Christmas decorations, I want to draw out the days of autumn. (Yes, I’m one of those people who refuse to put up anything red or green until after Thanksgiving.) Then winter will arrive and feel to me like it will never end. Within its long drawn out days I will long for spring to take a short cut. Discontent finds its way into every calendar season. 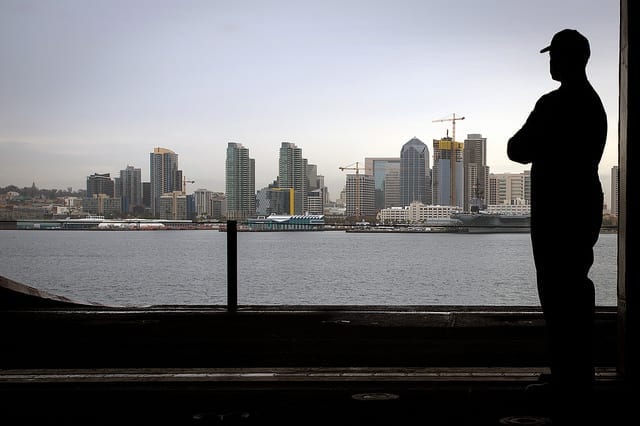 I frequently find the same discontent when I reflect upon seasons of life. In such moments, I recognize my capacity to engage in time travel. Please don’t think I’m speaking of a mystical quantum-mechanics experience. No, I’m referring to my tendency to look back to the last life season, or ahead to the next season, rather than embracing fully the season of today. I can live in such hurried anticipation of new orders, a deployment ending, the age of my kids, or a negative work situation that I miss the purpose of now. My discontent and worry propel me forward in anticipation, or backward in longing.

Esther faced a defining moment which no doubt brought anxiety and a desire to travel through time to a place where responsibility was not as heavy. Mordecai discovered Haman’s plan to annihilate the Jews and sent word to Esther asking her to appeal to the king on behalf of the Jews. Esther replied that the king would interpret such an act as treason. Besides, he did not even know she was a Jew.

Mordecai asked Esther to reveal her identity at the riskiest time. Up to now, Esther went along with the flow and it served her well. Her circumstances had controlled her season as she followed the path of least resistance.1 Suddenly she faced the decision to take responsibility for not only herself, but also her nation and rise to the occasion.2 She did not choose this moment—the moment chose her. Esther’s first choice may have been time travel, but she did not have that option, and neither do we. She chose option two: rise to the occasion.

She chose option two: rise to the occasion

Sister, we cannot afford to pine for the past or long for the future. God calls us to face each day with the determination to live out his purpose for that day. Anxiety and worry rob us of living in the present and produce discontent. They are the fuel of time travel. The Scriptures exhort us to steward the season in which we find ourselves. Just as Esther lived out her purpose in a king’s palace, God has a purpose for you to live out today. Don’t allow discontent and anxiety to thwart God’s purpose for such a time as this.

What does Jesus have to say about anxiety and worry in Matthew 6:19–25? What part have worry and anxiety played in robbing you of living in the present?

Lord, forgive me when I look with longing to the way things were in the past or the way I want them to be in the future. Teach me how to live in the present with ever increasing joy and gratitude. Amen.