Transition is a Team Sport - The Warrior's Journey®
Skip to content

Transition is a Team Sport

Shootin' the Breeze. Photo by Marines is licensed under CC By 2.0

As for these four youths, God gave them learning and skill in all literature and wisdom, and Daniel had understanding in all visions and dreams. At the end of the time, when the king had commanded that they should be brought in, the chief of the eunuchs brought them in before Nebuchadnezzar. And the king spoke with them, and among all of them none was found like Daniel, Hananiah, Mishael, and Azariah … (Daniel 1:17–19)

Then Daniel went to his house and made the matter known to Hananiah, Mishael, and Azariah, his companions, and told them to seek mercy from the God of heaven concerning this mystery, so that Daniel and his companions might not be destroyed with the rest of the wise men of Babylon. (Daniel 2:17–18)

Then the king gave Daniel high honors and many great gifts, and made him ruler over the whole province of Babylon and chief prefect over all the wise men of Babylon. Daniel made a request of the king, and he appointed Shadrach, Meshach, and Abednego over the affairs of the province of Babylon … (Daniel 2:48–49) 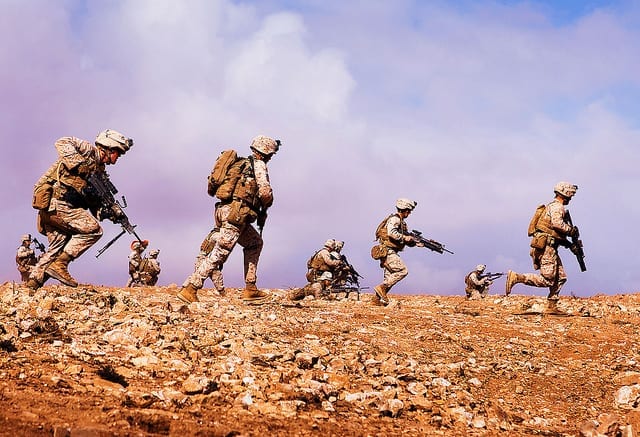 In the transition from freedom at home in Judah to forced captivity in Babylon, Daniel stood out as a leader among his peers. However, he did not go through this adjustment on his own. His teammates were Shadrach, Meshach, and Abednego. In the first two chapters of Daniel, we see his team studying together in the School of Babylon. The pagan teachers recognized this Hebrew team for their superior aptitude (1:19). They took a dietary oath together and the team was healthier than any of their peers (1:15). When faced with their first life-and-death challenge in their new positions, they prayed together as a team and God answered their request (2:17–19). When the king rewarded Daniel for revealing the meaning of a dream, Daniel convinced the king to reward the other members of his team as well (2:49). No doubt, Daniel would list good teamwork as a priority for successful transition.

To state that teamwork is important to the military is like saying fuel is important to a car. From a two-person buddy team watching each other’s back to the Air Force providing close air support for the Army, the military knows it must function as a team to be successful.

What is in every fiber of military functionality is sometimes strangely missing in the life of some military spouses. Military spouse Shelley Kimball admitted, “As a military spouse, I was making everything so much harder by insisting to myself that I go it alone. I refused help. A lot. Even in desperate times. I thought it was a personal failing, a weakness, to be willing to accept help. I was so wrong. So very wrong.”1

Transition can go much smoother if you tackle it with a team. Your home team of husband and possibly children will face many major life transitions together. Like Daniel and his team, you can best support each other if everyone signs on to the same shared values to guide your decisions. As Daniel made sure the king not only rewarded him, but also his team, every member of your family needs to know you consider their feelings and aspirations.

In addition to your home team, may I suggest you pull together a prayer team of people not bound by location and distance to back you up? Daniel already had his prayer team in place when a crisis arose. Any time is a good time to build a team to support each other in prayer, but having that team in place before you are in crisis mode is comforting.

How can you relate to the statement from military spouse Shelley about “going it alone”? How has going through transition with the support and help of others made a difference in your times of transition?

Lord, thank you for those you have sent my way to ease the challenges of transition. Bless them and use us to encourage one another in this journey called life. Amen.