Simulated casualty. Photo by Army is licensed under CC By 2.0

Or at least, it should have been mortal. It happened during the second day of the Battle of Chickamauga in northern Georgia, September 19, 1863. He was serving with the 9th Indiana Infantry Regiment.

A Confederate bullet hit Jacob right between the eyes, dropping him to the ground. His comrades fought on, leaving him for dead. But Jacob didn’t die.

His face was a pool of blood. But Jacob rose to his feet, wiped his eyes, picked up his musket and staggered off the field. The enemy had overwhelmed the battlefield. Determined to get back to his unit, Jacob had to shuffle off to the left around the flank of the Confederate forces, then walked across to the Union Forces. It was an agonizing effort.

Miller’s head swelled so badly that his eye lids could not open. He could only move forward by prying one eye open to see his way.

But when he finally arrived at a field hospital, he found no relief. The doctors refused to treat him. They wouldn’t even wash his wounds. The doctors gave Miller a canteen full of water and left him to die.

Several days went by, but Miller still didn’t die. The doctors evacuated the wounded to Chattanooga by wagon. They left Miller behind. Miller refused to be captured. He again pried one eyelid open and found his way to the tail end of the ambulance train and walked behind them.

Finally, one ambulance driver stopped to load poor Jacob into his wagon, but only because one of his patients had died. At a Chattanooga hospital, doctors still refused to treat his wound. They sent Miller to Bridgeport and then Nashville. Only then did an orderly wash and dress his wound.

In Nashville, they removed a major portion of the bullet from his skull. The Army finally discharged Miller a year later. But many years of pain and periodic delusions would follow.

His wound remained open, and for the next 31 years, bits of the fragmented bullet continued to fall from it. Not until the last of the lead fragments were removed did Jacob Miller find relief from the pain, perpetuated by a grossly unattended wound.

If you are a friend of the angry, hostile person, be slow in your condemnation.

The story of Private Miller is in some ways remarkable and inspiring. In other ways it’s disturbing, that a man’s wound could be neglected so long – largely because it was so ghastly. But the wounds of other warriors are equally neglected for the very opposite reason – because they are invisible, even to the trained eye.

You see, Jacob Miller had this advantage – his wound was visible, shockingly visible.

It was, at a minimum, acknowledged as serious. But many wounded warriors bear invisible scars (e.g. TBI, PTSD) which generate intense inner pain and outward negative behaviors.

These wounds incapacitate the warrior, who must then bear the condemnation of others for their angry outbursts and unacceptable behaviors. Many, many people from all walks of life carry such wounds which are never treated or healed. The pain of these wounds generates much of the hostility and outbursts we see in people.

Acknowledge the wounds and pain you carry and seek out a friend or counselor.

In the Bible, even Job bore such pain in his heart and life. Consequently, his words were sometimes harsh and irreverent. For this, his counselors scolded and condemned him.

“Then Job answered and said: ‘Oh, that my grief were fully weighed, and my calamity laid with it on the scales! For then it would be heavier than the sand of the sea—Therefore my words have been rash. For the arrows of the Almighty are within me; my spirit drinks in their poison; the terrors of God are arrayed against me. Does the wild donkey bray when it has grass, or does the ox low over its fodder?‘” (Job 6:1-5, NKJV).

Yet his friends, ignorant of the pain boiling over inside him and offended by his irreverence, considered his outcry “a blustering wind” (Job 8:2, NLT).

If you are a friend of the angry, hostile person, be slow in your condemnation. There are probably many unattended wounds and an ocean of pain inside them. Be a compassionate and listening ear to that person and try to get them the help they need.

But if you, yourself, are the wounded, angry person, don’t despair. Acknowledge the wounds and pain you carry and seek out a friend or counselor.

Most of all, flee into the healing embrace of the only One who fully understands your pain and has power to bring you relief – Your heavenly Father.

Flee into the healing embrace of the only One who fully understands your pain and has power to bring you relief.

The Scripture says that in all our affliction, He himself is afflicted (Isaiah 63:9). He is the LORD who heals you (Exodus 15:26) – your own personal physician who knows you immensely more than you know yourself, who accurately diagnoses the problem and powerfully administers the cure. And do not forget our Lord Jesus who knows by personal experience the pain you bear (Hebrews 4:15).

The Scripture says, “Surely He has borne our griefs and carried our sorrows; yet we esteemed Him stricken, smitten by God, and afflicted. But He was wounded for our transgressions, he was bruised for our iniquities; the chastisement for our peace was upon Him, and by His stripes we are healed” (Isaiah 53:4-5, NKJV).

Dear Father in heaven, please receive me into Your loving embrace. Heal my wounded heart. Flood it with Your peace. Take the anger from my heart and replace it with Your love. Amen.

(Information from a reprint of the Joliet Daily News, June 14, 1911, on http://incass-inmiami.org/cass/bio_gen/millerjacob.html) 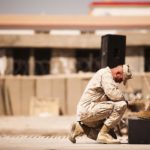 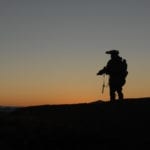 I am at Peace 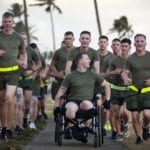