USS Bunker Hill holds a friends and family cruise.. Photo by U.S. Navy is licensed under CC By 2.0

So Jacob sent and called Rachel and Leah into the field where his flock was and said to them, “I see that your father does not regard me with favor as he did before. But the God of my father has been with me. You know that I have served your father with all my strength, yet your father has cheated me and changed my wages ten times. But God did not permit him to harm me.” (Genesis 31:4–7)

Then Rachel and Leah answered and said to him, “Is there any portion or inheritance left to us in our father’s house? Are we not regarded by him as foreigners? For he has sold us, and he has indeed devoured our money. All the wealth that God has taken away from our father belongs to us and to our children. Now then, whatever God has said to you, do.” (Genesis 31:14–16)

Rachel and Leah took initiative to change their situation. Jacob called a family meeting and—perhaps surprisingly—these three had a calm discussion about their future. They created a united front against Laban and his injustice. Together they conversed as partners, made a decision, and stood in solidarity concerning their next move.1 They united in purpose, voice, and action as they decided to leave Laban and move to Canaan.2 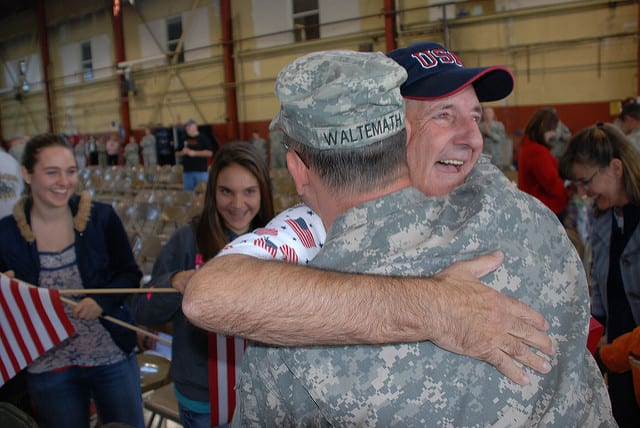 Family challenges have the potential to create closeness or bring division. Early in his marriage, Steven felt compelled to connect with his parents about the challenging issues he faced as a husband. His parents were good and godly people but did not at first recognize the danger in Steven’s dependence upon them. They convinced themselves that their discussions were “wise counsel.” When Steven’s wife realized these discussions were going on without her, she felt justifiably threatened.

Steven’s mom recalls the night she received a call from her son. “He told us he felt convicted for coming to us and in essence complaining about his wife. He said he needed to practice working things out with his wife instead of griping to us about her. I felt sad and happy at the same time. Sad that our connection with him would change, but happy and proud that the change would be a healthy move toward my son cherishing his wife and becoming more united as a couple.”

How united is the front in your home? Is there something you need to do in order to stand united?

Lord, I pray you would allow my husband and me to stand united in purpose, voice, and action. May we be at peace as we share decision making. Help us to work together, lean on each other, and seek your will when we face challenges and difficulties. Amen.